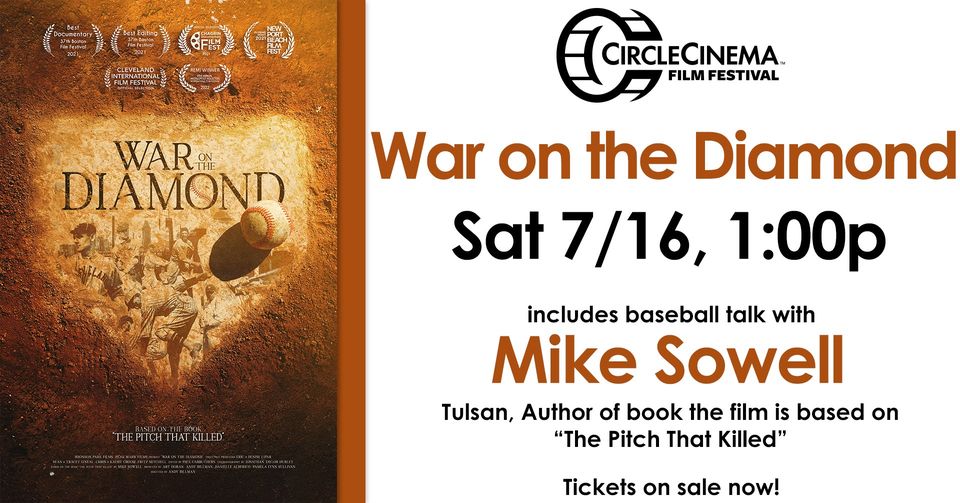 Circle Cinema Film Festival – Join us for a jam-packed weekend celebrating film, music, and art with an emphasis on independent Oklahoma films and filmmakers.
All-Access Festival Pass just $50
See all ten films for half the price! Festival Passes include admission to every Circle Cinema Film Festival program with priority seating at half the price of individual tickets. Pass holders must arrive 15 minutes before showtime, when unfilled reserved seats will be opened to the public.
War on the Diamond – Includes post-film baseball talk with Tulsa author Mike Sowell
This new baseball documentary is based on the book “The Pitch That Killed” by Tulsan Mike Sowell. Learn tragic story of Ray Chapman, Indians star shortstop, who died after he was hit by a pitch thrown by Yankees star pitcher Carl Mays in 1920.