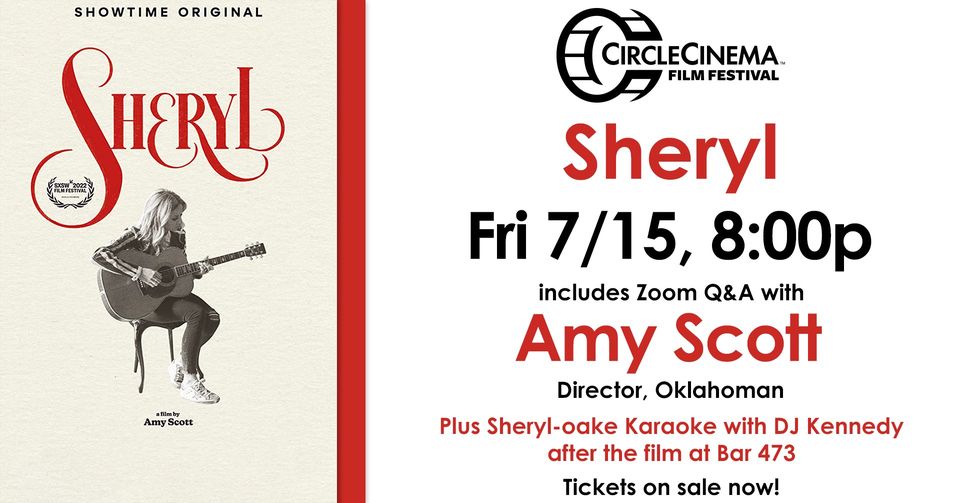 Circle Cinema Film Festival – Join us for a jam-packed weekend celebrating film, music, and art with an emphasis on independent Oklahoma films and filmmakers.
All-Access Festival Pass just $50
See all ten films for half the price! Festival Passes include admission to every Circle Cinema Film Festival program with priority seating at half the price of individual tickets. Pass holders must arrive 15 minutes before showtime, when unfilled reserved seats will be opened to the public.
Sheryl – Post-film Zoom Q&A with Oklahoma director Amy Scott. After the show, keep the party going with Sheryl-oake Karaoake hosted by DJ Kennedy at Bar 473.
Includes short film “Walking Cane Society” by Charles Perry.
Oklahoma director Amy Scott presents a portrait of the singular storyteller who’s lived it all, seen it all but never told it all until now. From humble beginnings to sold out world tours Sheryl Crow’s life has been extraordinary, creating a legacy that continues to inspire.