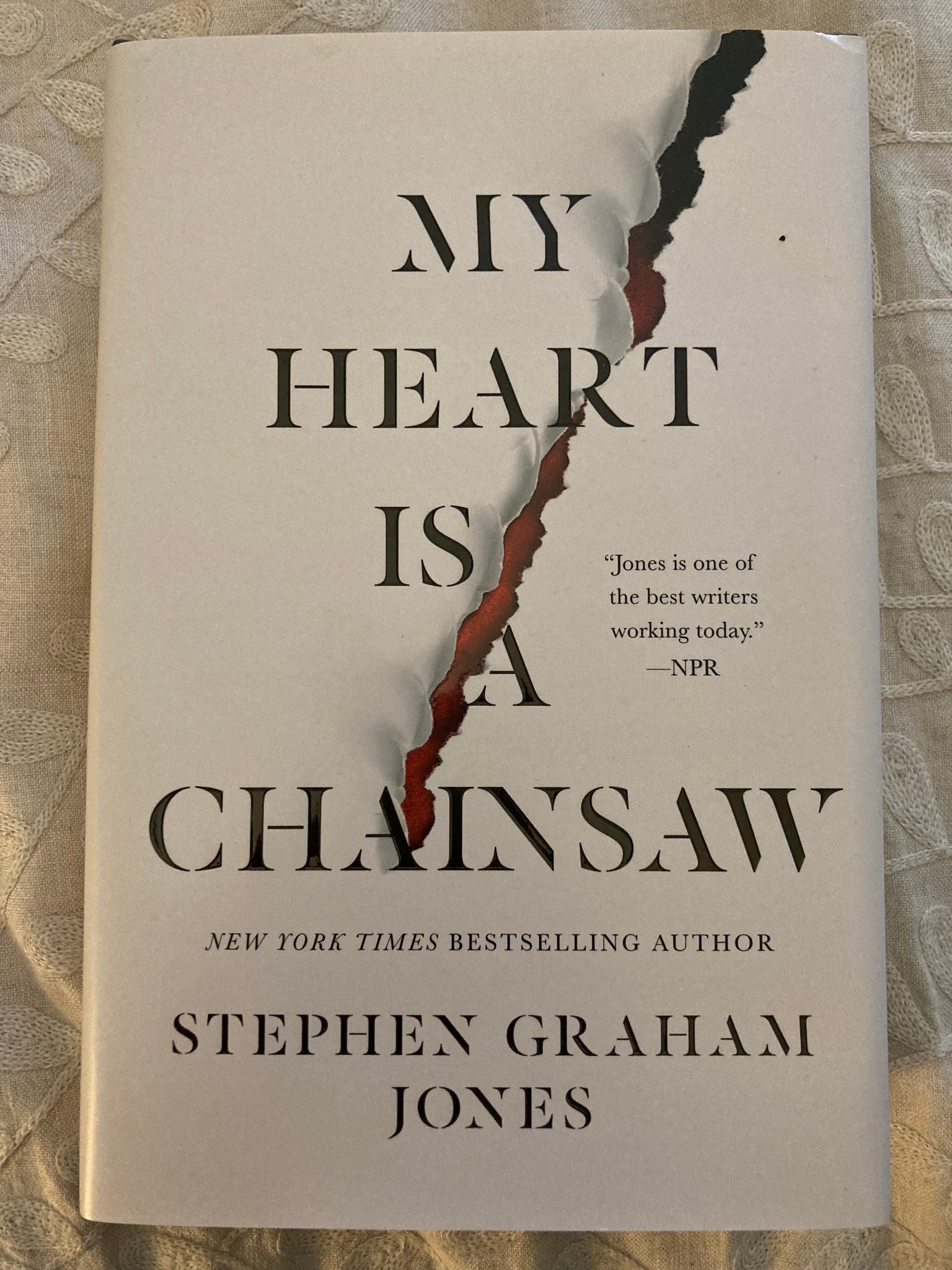 Our next read for Native American Literature Book Club, hosted by the Center for Poets and Writers at OSU-Tulsa, is MY HEART IS A CHAINSAW, by Stephen Graham Jones. We’ll discuss the novel ahead of Jones’s visit to OSU-Tulsa on Tuesday, April 12th.
From the Publisher, Simon and Schuster:
Shirley Jackson meets Friday the 13th in My Heart Is a Chainsaw, written by the author of The Only Good Indians Stephen Graham Jones, called “a literary master” by National Book Award winner Tananarive Due and “one of our most talented living writers” by Tommy Orange.
On the surface is a story of murder in small-town America. But beneath is its beating heart: a biting critique of American colonialism, Indigenous displacement, and gentrification, and a heartbreaking portrait of a broken young girl who uses horror movies to cope with the horror of her own life.
Jade Daniels is an angry, half-Indian outcast with an abusive father, an absent mother, and an entire town that wants nothing to do with her. She lives in her own world, a world in which protection comes from an unusual source: horror movies…especially the ones where a masked killer seeks revenge on a world that wronged them. And Jade narrates the quirky history of Proofrock as if it is one of those movies.
But when blood actually starts to spill into the waters of Indian Lake, she pulls us into her dizzying, encyclopedic mind of blood and masked murderers, and predicts exactly how the plot will unfold.
Blackfoot author Stephen Graham Jones is one of the best and most prolific writers of today. He has published dozens of books of experimental fiction, horror, and sci fi, applying literary stylings to speculative writing.
Jones is the New York Times bestselling author of THE ONLY GOOD INDIANS and MY HEART IS A CHAINSAW. He has been an NEA fellowship recipient and has received several additional awards including: the Ray Bradbury Award from the Los Angeles Times, the Bram Stoker Award, the Shirley Jackson Award, and the Alex Award from American Library Association. He is the Ivena Baldwin Professor of English at the University of Colorado Boulder.
His forthcoming novel is DON’T FEAR THE REAPER.
Our friends at Whitty Books have MY HEART IS A CHAINSAW in stock. We’ll see you there!