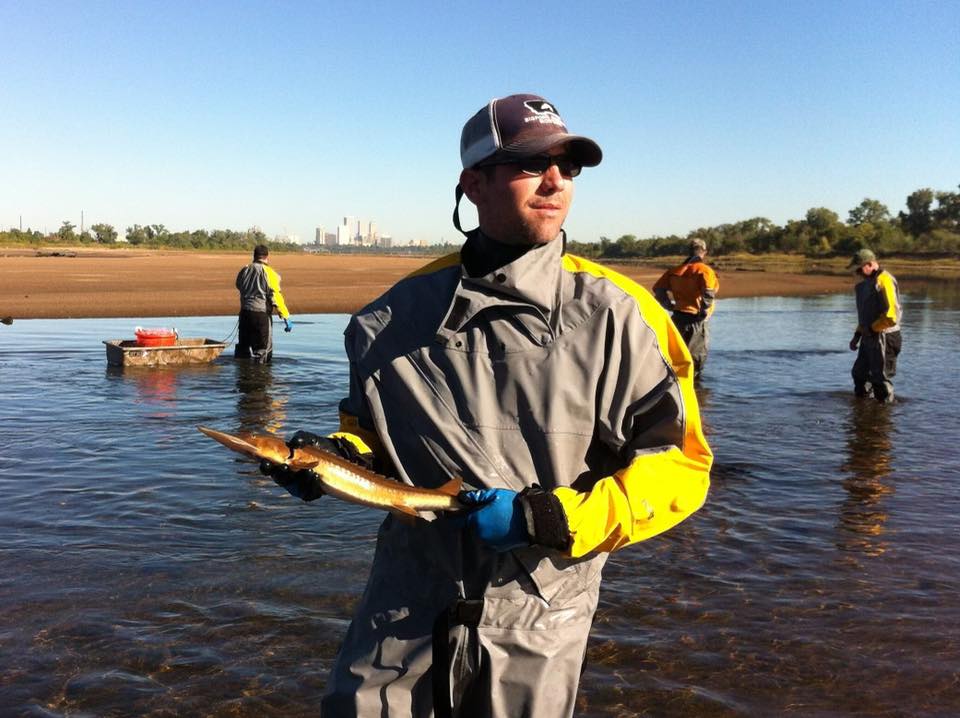 Josh Johnston is the NE Regional Supervisor for the Oklahoma Department of Wildlife Conservation. He has over 17 years experience with the ODWC as a fisheries technician, a hatchery technician, and a fisheries biologist. He spends more time on the Arkansas River in a year than most serious anglers do in a decade. He’s captured over 30 native species in the downtown stretch of the river alone, and has compiled exhaustive amounts of data and surveys on fish species that biologically inform the city and state.
He’ll be talking about the state of the fishery and the effect the new Zink Dam will have on said fishery. There will be underwater and survey footage that is not to be missed.
We will also be releasing our new Striped Bass t-shirts that evening, and Dante’s will be slinging the city’s best wood fired pizza as well.
Taproom opens at 3 PM, Pizza begins at 3 PM, and presentation starts at 6:30 PM.
+ Google Calendar+ Add to iCalendar