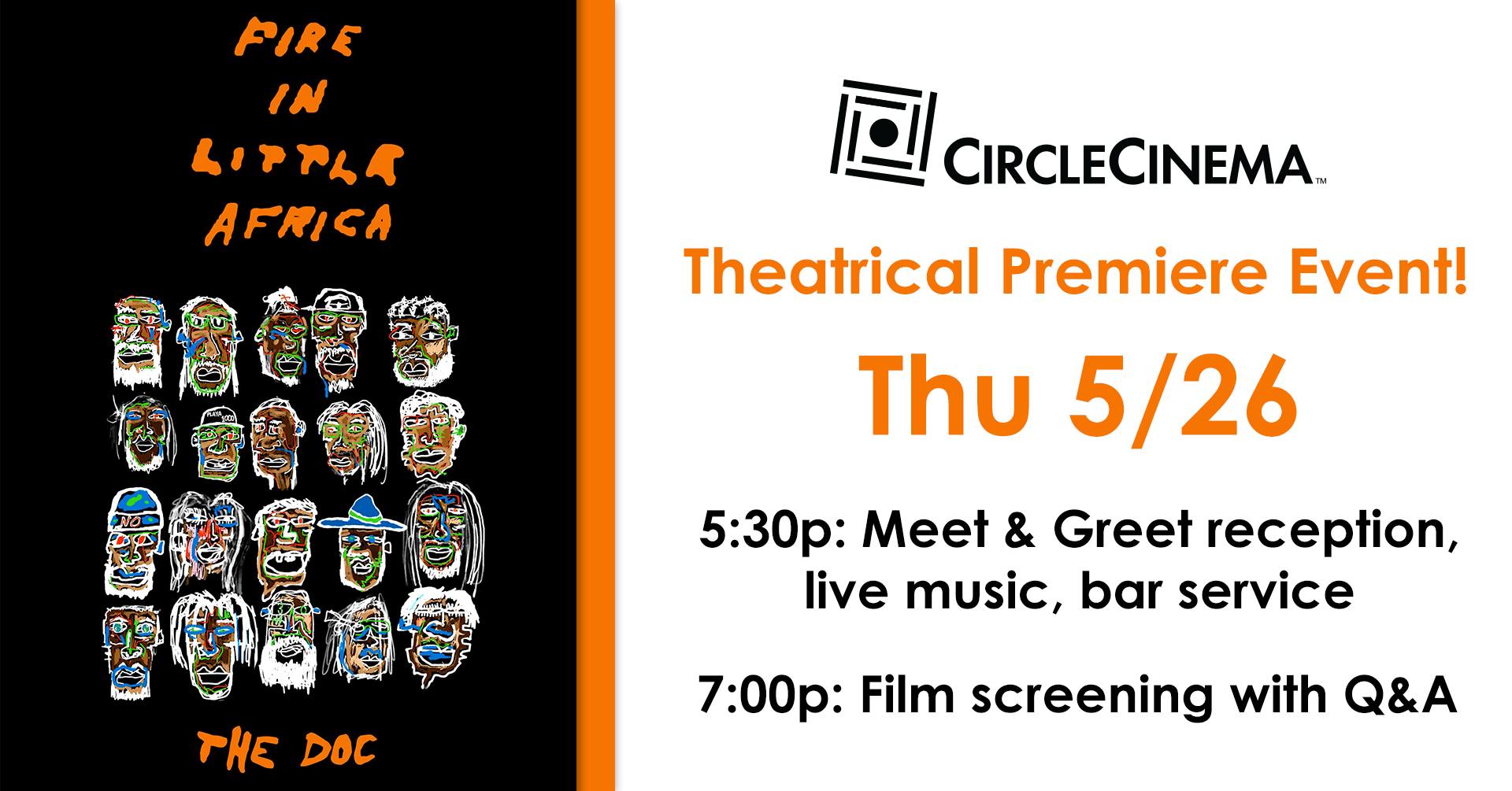 Get your tickets now for the theatrical World Premiere on Thu 5/26 at Circle Cinema!
5:30-6:30p: Red Carpet Reception including meet and greet with the filmmakers and artists, live DJ, and drink specials
7:00p: Film screening and Q&A with members of Fire in Little Africa
In the early 20th century, Tulsa’s Greenwood neighborhood, known as ‘Black Wall Street,’ was a thriving mecca of black business unlike anywhere else in the world. In 1921 white Tulsans attacked Greenwood and burned 40 square blocks of Black Wall Street to the ground, killing hundreds of people and destroying businesses in one of the largest incidents of racial violence in American history. For years Tulsa attempted to erase this part of its past, even as the trauma of the Tulsa Race Massacre still impacts the city one hundred years later.
Fire in Little Africa tells the story of rappers, singers, musicians, and filmmakers leading the path to healing the city with hip-hop. Inspired by the legacy of Black Wall Street, Tulsa’s independent hip-hop artists came together to make an album for the centennial of the Tulsa Race Massacre and took it all the way to a deal with the iconic Motown record label. The film serves as an introduction to the unique spirit and ethos of the Tulsa hip-hop scene; taking the viewer inside the legendary recording sessions where over 60 artists took over a mansion once owned by a notorious KKK leader to create and record the 21-song opus.