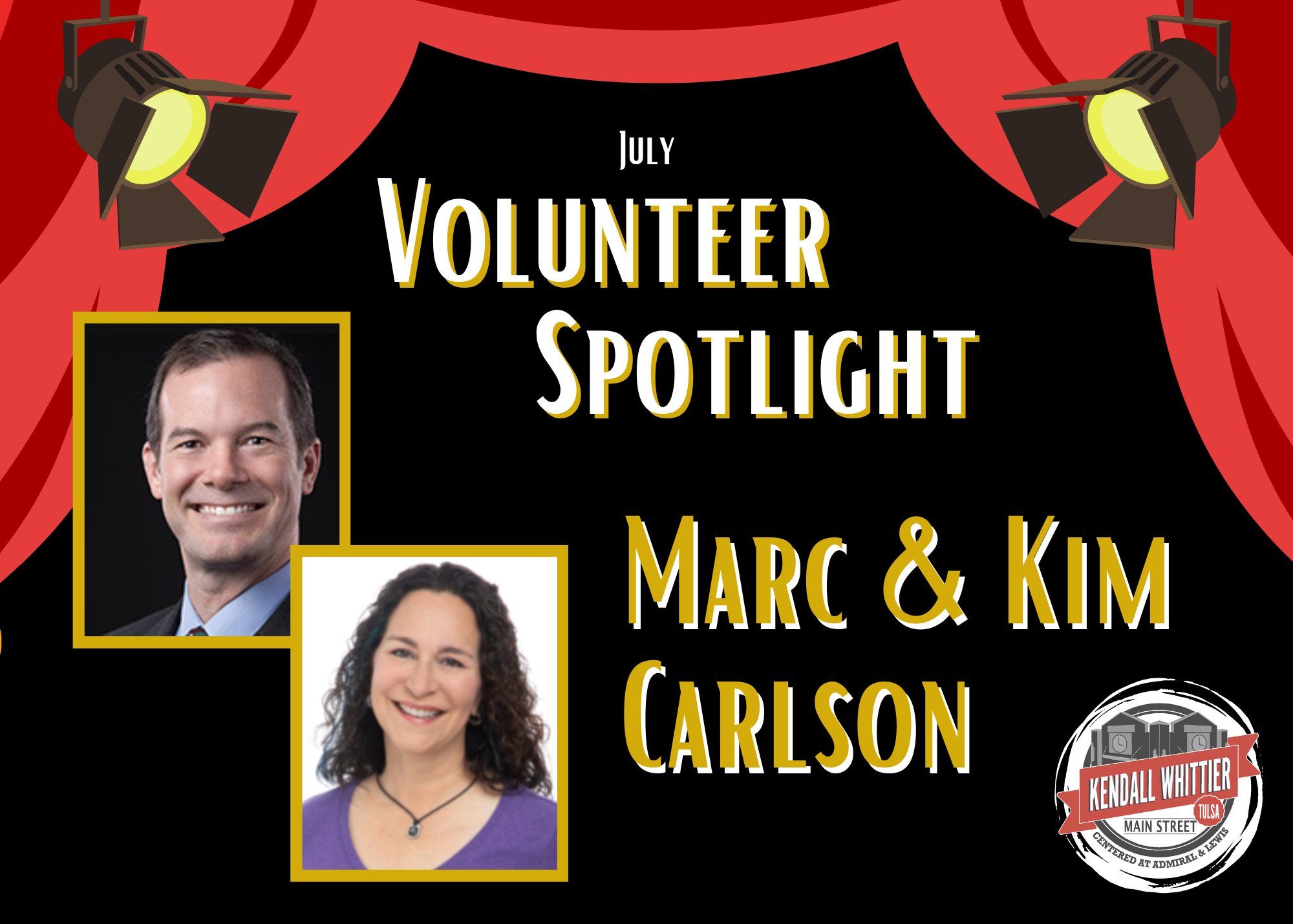 Marc and Kim Carlson moved to Tulsa in December of 2021, and immediately wanted to get involved in their new community. In a few short months, they have become some of Kendall Whittier Main Street’s the most dedicated volunteers.

Tulsa Remote brought Kim to Tulsa, where they both immediately fell in love with the number of local coffee shops and breweries and the focus on the outdoors and outdoor activities.

Just two months later, Marc responded to a volunteer request to clean and organize storage in the Main Street office. 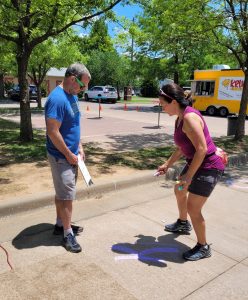 “I was surprised to see someone who had no previously relationship with KWMS show up for something as mundane as that – and with such a positive attitude,” recalled Jessica Jackson Seay, executive director of KWMS.

Since then, he has joined the Organization committee and volunteered at Circle Cinema during Kendall Whittier Community Day.

Kim joined him to help KWMS set up Amps on Admiral, an outdoor concert in June, and the couple later showed up to enjoy the event. They also attended the July Los Festivales y Mercados event and are frequently seen patronizing the neighborhood – including some of their favorites: She Brews Coffee, Heirloom Rustic Ales and Bar 473.

Both Carlsons also are involved in Theater Tulsa and the Blackjack Rewrite Company.

Staff Says: “Marc and Kim aren’t (yet) the volunteers who have clocked the most hours with KWMS, but the number of times they’ve been willing to pitch in and how involved they’ve gotten in the community since moving to Tulsa, it’s astonishing! They really jumped in with both feet!” — Jessica Jackson Seay, executive director. 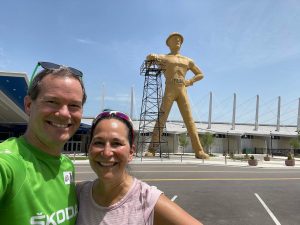 The Carlsons Say: “After reading about the Main Street program and learning more about the history of that area and Route 66, we wanted to be involved.” – Marc & Kim Carlson

Fun Fact About Marc: Mark Wahlberg would play him in a movie about his life.

Fun Fact About Kim: She named her bike ‘Cha Cha’. The two of them, plus Marc, rode 375 miles around the Island of Puerto Rico together.

Fun Fact About Both: People have always told them they would be great on The Amazing Race.