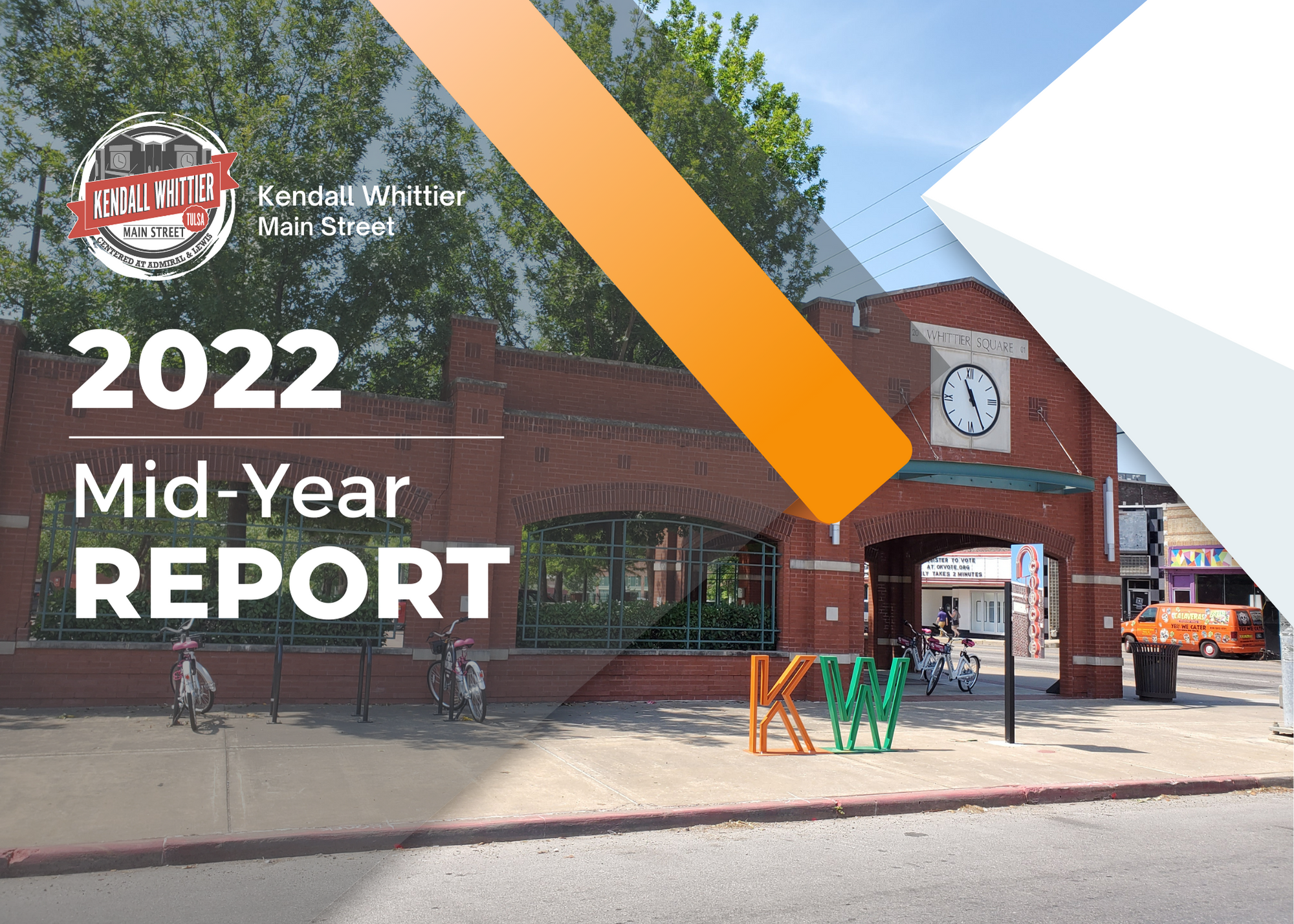 Unlike the Impact Report released in January, which covered the nitty gritty numbers and larger scale projects, the Mid-Year Report focuses on celebrating the smaller wins – new businesses that have opened, smaller activations and grants KWMS has received.

“It easy to celebrate huge wins, like when we were named a Great American Main Street Award recipient in 2020 or that we’ve exceeded $160 million in reinvestment in the district,” said Jessica Jackson Seay, Executive Director of Kendall Whittier Main Street. “But we can’t forget about all the little accomplishments, like new neon signs and new programs being launched.”

Broken down by month, the Mid-Year Report offers quick bullet points and photos of some of that month’s highlights.

Improving the exterior of the commercial corridors, five businesses were awarded KWMS Façade Grants and three others made use of the City of Tulsa Neon Grant. Cruise K-Dub in the evenings to check out the Lawyers of Kendall Whittier, Tom’s Bicycle and Tulsa Girls’ Art School. She Brews Coffee House, Heirloom Rustic Ales and Thelma’s also sport neon signs, installed prior to 2022.

Board and staff participated in two trainings, the Main Street Now National Conference and the Oklahoma Center for Nonprofits Standards for Excellence Training, and even presented in an international economic development webinar.

“And that’s not even everything in the report! Each month as between four and seven bullet points,” Jackson Seay said. “It’s been a busy year, and there’s so much more still to come!”

A handful of paper copies of the Mid-Year Report will be made available by the end of the month. Those interested in a copy should email info@visitKendallWhittier.com with their name and mailing address or stop by the office at 2205 E. Admiral Blvd. during regular business hours.