FEATURE: Brewing up creativity in KW 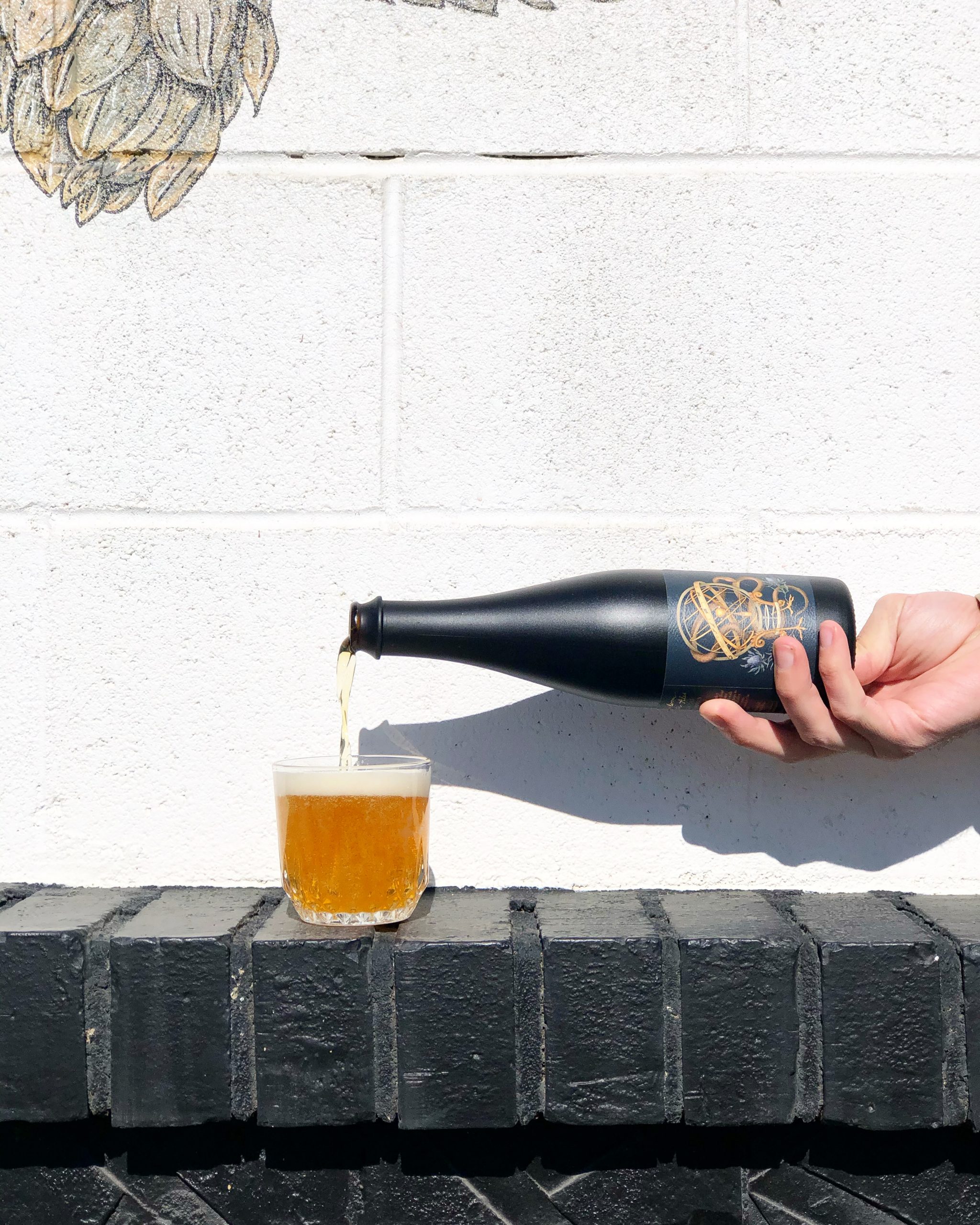 When Jake Miller and Melissa French decided to start a small batch brewery right in the heart of Kendall Whittier, they dreamed of being a spot for the community to gather, to put their phones down and connect.

Heirloom Rustic Ales was born in late 2017 and quickly became just that.

“My favorite thing about being a Kendall Whittier business is being a sort of community watering hole for all of the other business owners. I’ve gotten to know a lot of other people because they plan their meetings at the brewery or come by after a long day for a beer,” said Miller, who is also the head brewer.

Kendall Whittier is home to creatives, so Heirloom’s diverse portfolio of beer, cider and wine – and their unique and fun drink descriptions – only add to the growing makers community.

“We really enjoy being surrounded by all of the artists on this street,” Miller said. “There’s so much creativity and artistic energy prevailing here that it’s impossible to not find daily inspiration.”

Heirloom’s beer is all made in house, and focuses predominantly on German lager and kölsch, but guests can also find IPAs, stouts and most other styles.

“When we’re not in the middle of a pandemic, we have a dizzying calendar of events that provide something for everyone,” he said,

Just like many other businesses thorough out the community, the COVID-19 pandemic has been difficult for places like Heirloom, who rely on foot traffic in the taproom. Miller said it is vital to support small businesses, not just this year, but every year.

“The importance of shopping locally can’t be overstated. Local businesses employ Oklahomans and provide paychecks for our neighbors,” he said. “Spending your dollars locally, keeps them local long after your initial purchase, encouraging the growth and possibilities of not only our city but also its residents.”

While Miller said he loves brewing beer and working with the community, he said things aren’t always fun and games as a small business owner.

“The hardest part about opening your own business is the time sacrifice. You never really think about how much of your time would be spent doing things that aren’t why you opened the place to begin with,” he explained. “You might have thought about the brewing and the bookkeeping, but you’re also constantly fixing things and navigating so many unknowns and everyday fires.”

“Luckily I have a good business partner and a great staff that are always looking to try and take things off of my plate or help alleviate some of the stress that comes from business ownership,” he added.

Fortunately, Miller has found an outlet for relaxing on his rare days off.

“If I have a day off, it’s almost always spent on the water. I fly fish the Arkansas River mostly, but I’ll also find some time for the White River this winter,” he said. “It’s the only thing I’ve found that can turn my brain off and keep me away from emails and voicemails.”

At his core, Miller is passionate about conservation and looks up to companies like Patagonia, who incorporate advocacy and conservation into the fundamental identity of who they are as a business.

“I hope that Heirloom can continue becoming more and more a company like that,” he said.

Holiday Gift Suggestions: We just received a fresh batch of long sleeved shirts ($35) and sweatshirts ($40) that can be purchased online or in our taproom and are perfect gifts. We also just released a beer ($18 a bottle) that was made in bourbon, vermouth, and pinot noir barrels that promises to impress both the wine and beer drinkers in your family