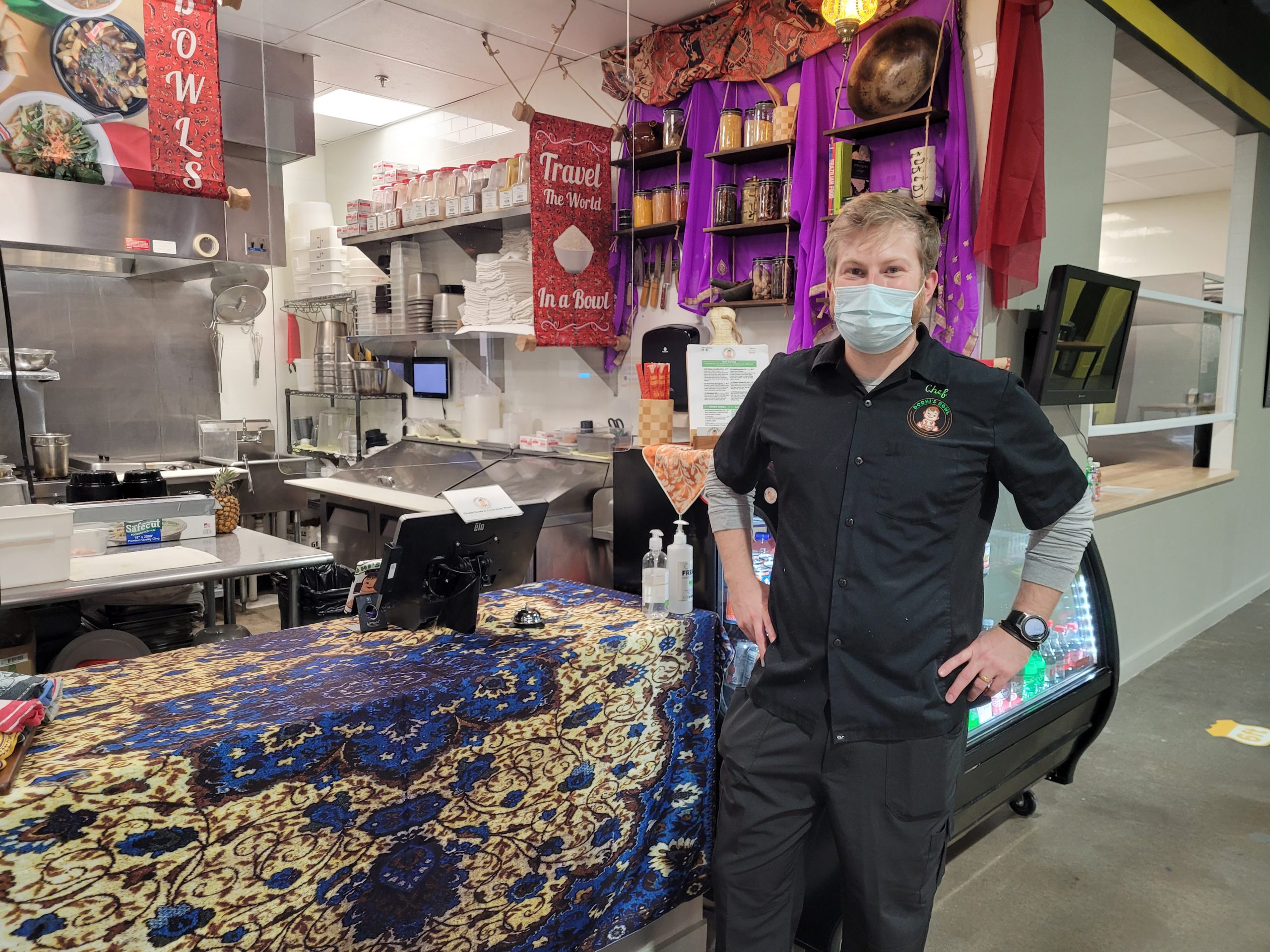 Encouraged by travel and his Indian in-laws, Canadian James Wegner has been serving Tulsans international and globally-inspired rice bowls for the last few years with Bodhi’s Bowl in Mother Road Market.

Wegner grew up on a farm in Canada and said he didn’t experiment with food much until he began traveling in his late 20s, trying different foods around the world. His true passion for cooking came from watching his mother-in-law, an immigrant from India.

“When we got married, I lived in New York with my wife’s family, and I watched her mom cook … she is a tremendous cook,” he said. “Indian cooking is surprisingly dynamic compared to American perceptions of it.”

Wegner and his wife moved to Tulsa six years ago for his wife’s work. He was an inspiring meteorologist and thought Tulsa would provide a good backdrop for the career.

“When I realized the meteorological route wasn’t going to play out the way I thought it would play out, I thought about going back to school,” Wegner said. “I decided to go into culinary arts, and the goal was always to own my own business.

On his wife’s suggestion, Wegner got involved with Kitchen 66, a kickstart kitchen and food incubator, before opening with Mother Road Market in 2018.

“Everything just fell into place,” he explained. “As opportunities presented themselves, I went toward them, and new opportunities would open.”

The name was inspired by his oldest son, Bodhi, and a comical photo of him sitting is the story behind the logo.

Wegner said the biggest challenge as a restauranteur is balancing the way the food industry generally treats employees and the way it should treat them.

“I’ve never denied a request for time off. I’ve found a way to make it work just to give people that work-life balance I’ve had the luxury of having in my previous career,” he said. “Now, with COVID, it’s even more important to treat people fairly.”

While the focus during the holidays is generally on shopping local, frequenting locally-owned eateries is just as important to the local economy, Wegner said, because the money invested stays in the community.

After living in New York and California, Wegner said he loves that his family has settled in Tulsa.

“I love being in this part of the city … In 6 years, we’ve just watched downtown explode,” he said. “I feel the same away about Route 66. It’s just another area we get to watch grow.”

“I love that community feel, and that’s what Mother Road Market is.”

Visit Bodhi’s Bowl from 11am-8pm Tuesday through Sunday in person at 1124 S. Lewis Ave. or order online for curbside pickup or delivery through Grubhub at bodhisbowl.com or motherroadmarket.com. You can also follow Bodhi’s Bowl on Instagram or Facebook at @BodhisBowl
918.928.1357  |  bodhisbowl@gmail.com