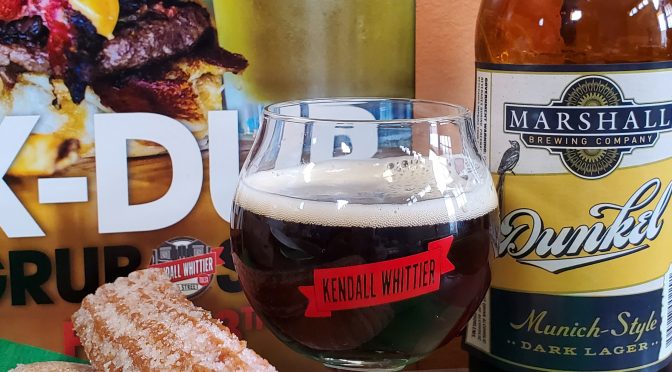 K-Dub Grub & Suds features samples from various restaurants and breweries in a tasty pub crawl. Restaurants & eateries will be set up inside the participating breweries, allowing visitors to travel throughout the event by foot.

Get Your Tickets Now!

The event is Tuesday, Feb. 18 from 6-9 p.m. Restaurants will be set up inside or near the breweries centered around the 6th and 7th and Utica areas. A map will be provided at check in, which will be available at any of the participating breweries.

General admission prices are $50 and include tastings from all restaurants and two four-ounce pours from each brewery. Additionally, ticket holders will receive a custom taster glass and a $5 Uber credit for safe travels home.

“Tickets are limited to this scrumptious event,” Jackson said. “Those interested in attending should plan to get their tickets in advance to secure their spot.”

Guests can get started at any of the participating breweries by checking in with Main Street volunteers and obtaining a wrist band and Grub & Suds Passport and Map. The event is a come-and-go night, allowing guests to travel at their own pace through the food and drink options within the three-hour timeslot.

“We wanted this event to be self-guided. If you can’t make it out until after 6:30, no problem! For those who want to head home early, that’s fine, too. There will still be plenty of time to visit all the tables,” Jackson said.

Those who get stamps from all four breweries and turn in their “Grub & Suds Passport” will be entered to win a grand prize including growlers and gift cards from participating breweries and goodies from OK Distillery. You do not have to be present to win.

More information and tickets sales can be found online here. The event is sponsored by Fowler Automotive and Craft Magazine.

Kendall Whittier Main Street is a nonprofit organization that inspires the ongoing revitalization and growth of a historic and cultural neighborhood in Tulsa, striving to transform it back to a thriving, walkable commercial district. Kendall Whittier is a Certified Cultural District and a two-time Great American Main Street Award Semifinalist.

For more information about the K-Dub Grub & Suds, call or text Jessica Jackson at 918-633-1934 or email info@visitkendallwhittier.com.