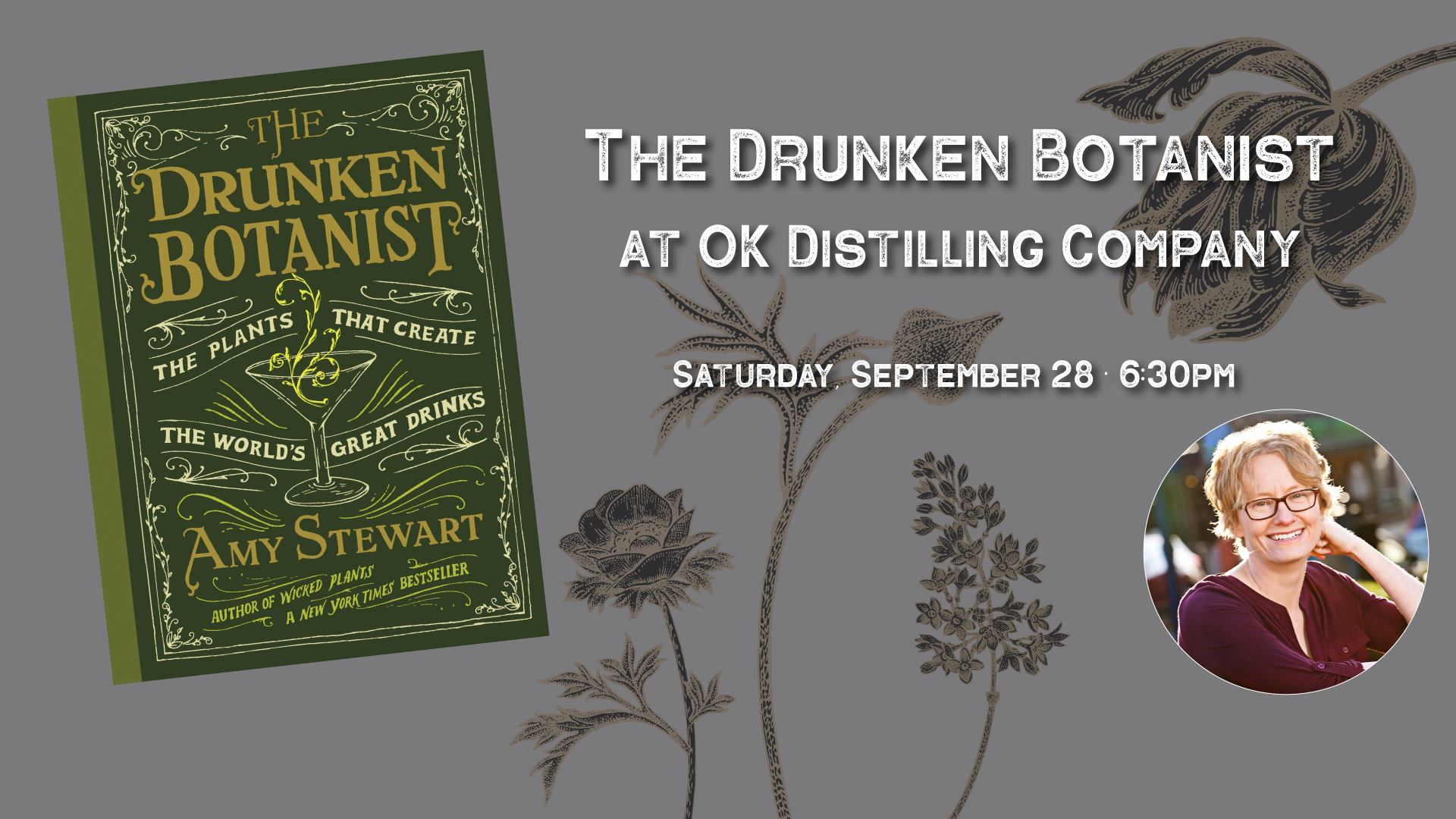 Amy Stewart‘s New York Times best-seller, The Drunken Botanist: The Plants that Create the World’s Great Drinks, is a favorite of mixologists and bartenders worldwide, including Tulsa’s own Hunter Stone Gambill, owner of Oklahoma Distilling Company. Join us for an evening exploring the botanical-booze connections as Amy shares fascinating facts on some of the plants that make the world’s greatest drinks. OK Distilling will be crafting cocktails.

In her follow-up to the New York Times bestsellers Wicked Bugs and Wicked Plants, Amy Stewart explores the odd, unusual, and surprisingly common plants that have produced the world’s greatest spirits. The Drunken Botanist uncovers the enlightening botanical history and the fascinating science and chemistry of over 150 plants, flowers, trees, fruits, and even a few fungi.

Amy Stewart is the New York Times best-selling author of ten books, including The Drunken Botanist, Wicked Plants, Wicked Bugs, and Flower Confidential. She won an International Association of Culinary Professionals Food Writing Award for The Drunken Botanist, and has also received a National Endowment for the Arts fellowship, and an American Horticultural Society’s Book Award.

Her books have sold over a million copies worldwide and have been translated into 17 languages. Amy is a highly sought-after public speaker whose spirited lectures have entertained audiences at Cornell University, Google corporate offices, Microsoft, as well as Royal Botanic Gardens, Kew, New York Botanical Garden and Dallas Museum of Art.

Amy has been featured in numerous television, radio and print appearances including CBS Sunday Morning, the PBS documentary The Botany of Desire, National Public Radio and in the New York Times, LA Times, and O, The Oprah Magazine.

She lives in Portland with her husband Scott Brown, a rare book dealer.