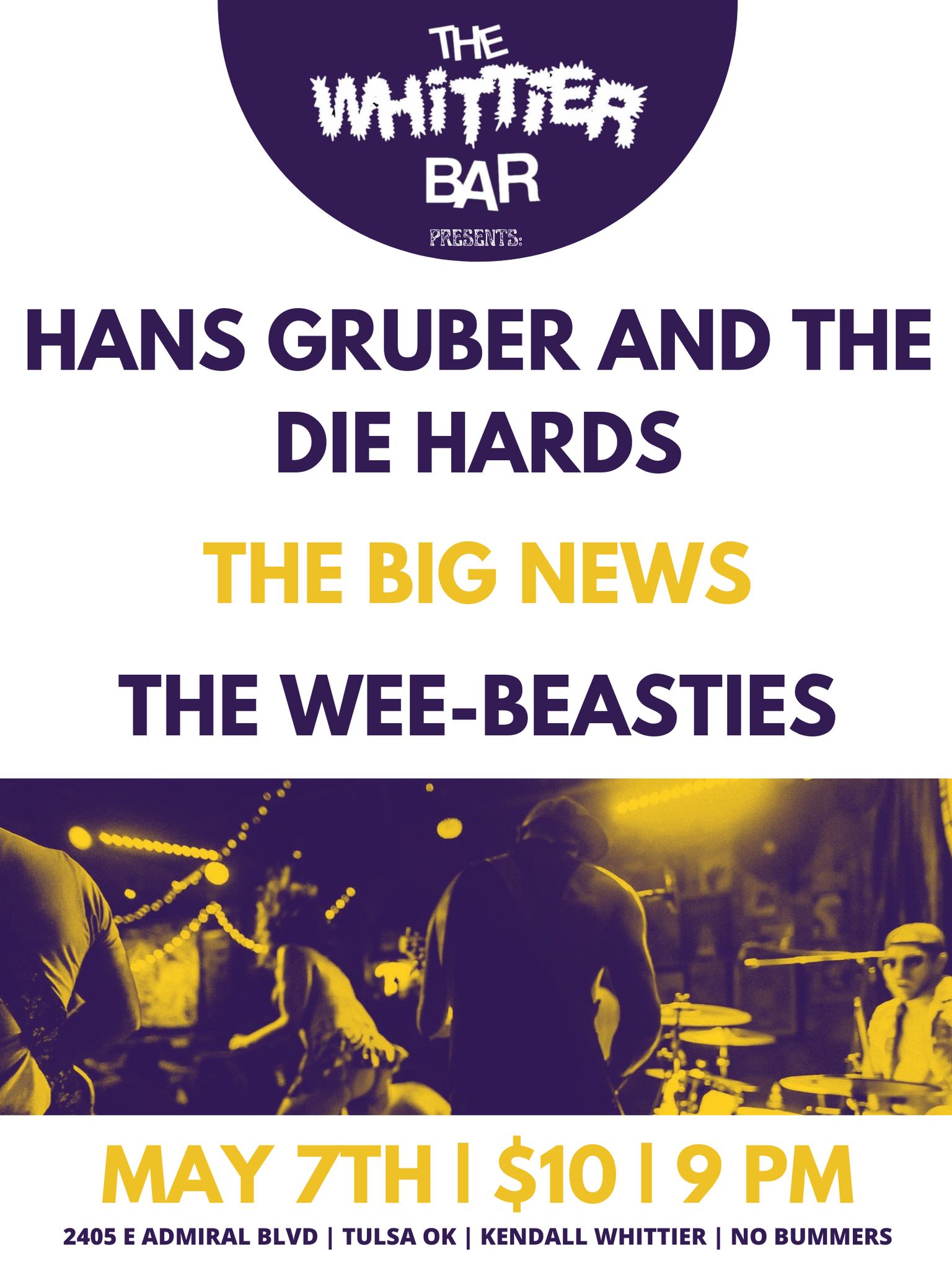 The Big News
Hans Gruber and the Die Hards
Part Hans Part Gruber All Die Hard
https://hansgruberandthediehards.bandcamp.com/
https://www.youtube.com/watch?v=mRvoPsHZ8e8
The Wee-Beasties
are a punk rock band from Denton, Texas formed in 2000. The band is notable for its use of a brass section, which is largely regarded as unusual within their genre. Formed in 2000 as a three-piece by vocalist/guitarist Richard Haskins, bassist David Dutton, and drummer Brian Hutmacher, the band remained fairly unknown in their region of North Texas for several years. Their addition of a brass section and focus on a notoriously wild live show (Haskins often takes to the stage in nothing but women’s underwear) has gained them a substantial cult following as their career has progressed, however numerous break-ups and line-up changes have plagued the band almost their entire existence. Many of their releases remain out of print after the first or second pressing are sold, yet attendance levels at live performances continue to surpass that of many other current and more broadly known groups
https://www.youtube.com/watch?v=voxucrIIbj0
https://open.spotify.com/artist/5MSaBAloTJh6Dcrr7hLsbU