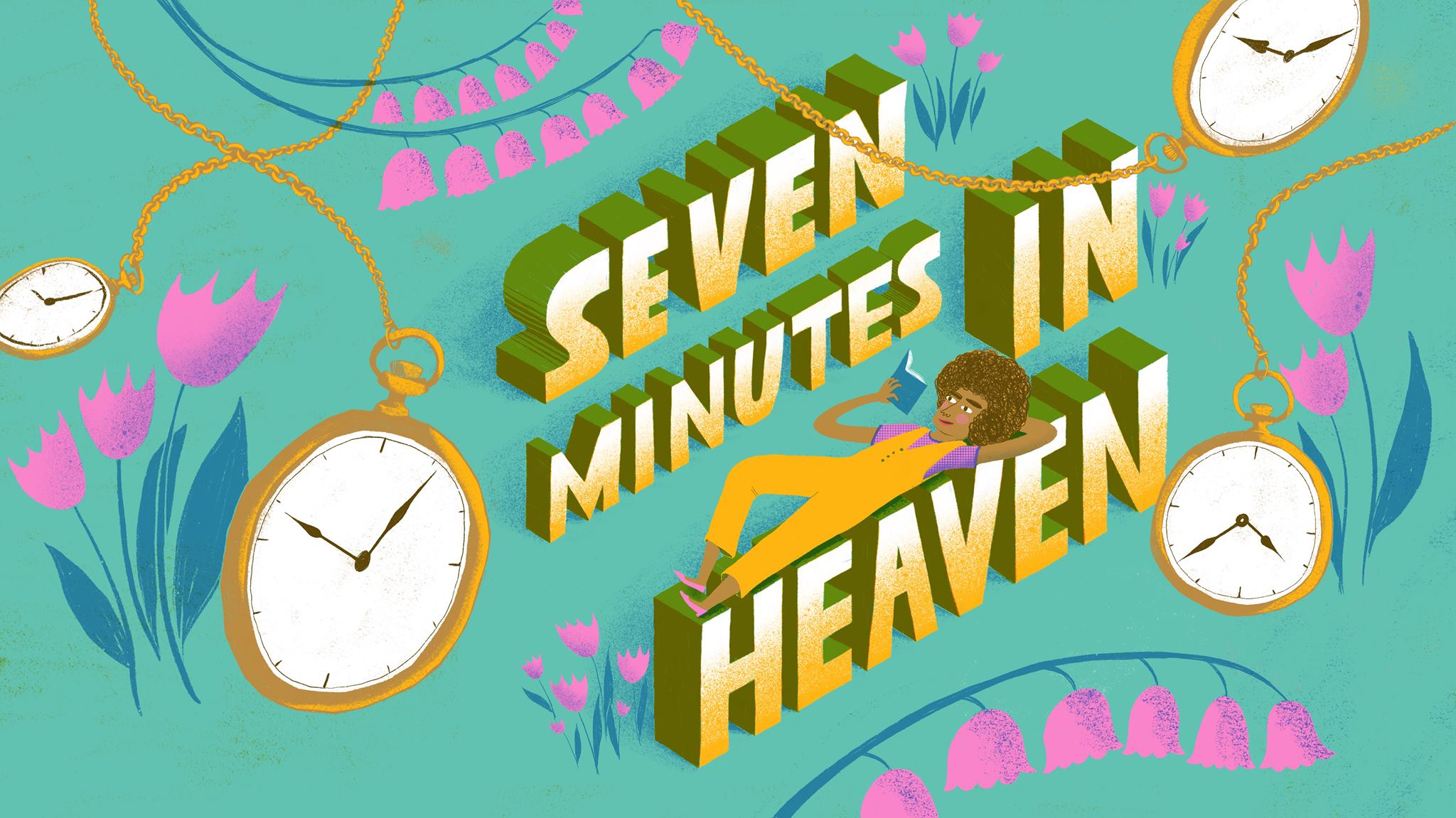 Join us at Heirloom Rustic Ales for Seven Minutes in Heaven, a reading series of short prose. Featured readers include Paul Juhasz, M Molly Backes, Quraysh Ali Lansana, and
Sarah Beth Childers. Each reader will present a complete story in seven minutes and one **wild-card** reader will be chosen from the crowd—it could be you! Bring your seven-minute-or-less story to the event.

Readings will begin promptly at 7:00 p.m. Come before to grab a beer (non-alcoholic beverages also available) and say hey!

PAUL JUHASZ
Believing that visceral experience is an essential force behind expression and imagination, Paul Juhasz has worked at an Amazon fulfillment center, manned a junk truck, and driven for Uber, all to gather material for his poetry, fiction, and creative non-fiction. He has read at dozens of conferences and festivals across the country, including the Scissortail Creative Writing Festival and the Woody Guthrie Festival. His work has appeared in bioStories, Red River Review, Voices de la Luna, Dragon Poet Review, and others. His comic journal, “Fulfillment: Diary of an Amazonian Picker,” chronicling his seven-month sentence at Amazon, was published in abridged form by The Langdon Review of the Arts in Texas and serialized in Voices de la Luna. Smitten by the red earth, Juhasz recently moved from Pennsylvania to Oklahoma City and he looks forward to being part of the writing scene in his newly-adopted state.

M. MOLLY BACKES
M. Molly Backes is the author of the young adult novel “The Princesses of Iowa” (Candlewick Press, 2012), which was named Chicago Public Library’s Best of the Best Fiction for Teens (2013), Forever Young Adult’s Best YA Books of 2012, and was a finalist on NPR.org’s Best-Ever Teen Novels list in 2012. Her work has appeared in The Prairie Wind, Human Parts, The Rumpus, and the anthology Good Dogs Doing Good. She has performed her personal essays at reading series including Essay Fiesta, Funny Ha-Ha, Is This a Thing? and Sunday Salon, and is a frequent guest at writing conferences and festivals across the country. Backes has also run creative writing workshops for adults and teens across the Midwest. Her teaching career began in rural New Mexico, where she got all 135 of her seventh and eighth grade students to write novels for National Novel Writing Month. Later she moved to Chicago, where she became the assistant director of StoryStudio Chicago, a creative writing studio on the city’s north side. She departed Chicago to join us here in Tulsa as a 2019 and 2020 Tulsa Artist Fellow. Backes also teaches workshops at the OSU Center for Poets and Writers here in Tulsa.

QURAYSH ALI LANSANA
Quraysh Ali Lansana is author of nine poetry books, three textbooks, and three children’s books, editor of eight anthologies, and coauthor of a book of pedagogy. He is a 2020 Fellow with the Tulsa Artist Fellowship, an adjunct professor for Oklahoma State University – Tulsa, Curriculum Auditor for Tulsa Public Schools, and Contributing Editor for Oklahoma Today magazine. He is a former faculty member of both the Writing Program of the School of the Art Institute of Chicago and the Drama Division of The Juilliard School. Lansana served as Director of the Gwendolyn Brooks Center for Black Literature and Creative Writing at Chicago State University from 2002-2011, where he was also Associate Professor of English/Creative Writing. Lansana has worked at Chicago Public Radio, KWTV-9 in Oklahoma City, KGOU Radio in Norman, and recently helped launch Focus: Black Oklahoma, a weekly thirty-minute informational news and public affairs program airing on Public Radio Tulsa. His most recent books include the “skin of dreams: new & collected poems, 1995-2018” (The Calliope Group, LLC, 2019); “The Whiskey of Our Discontent: Gwendolyn Brooks as Conscience & Change Agent” (with Georgia A. Popof; Haymarket Books, 2017); and “Revise the Psalm: Work Celebrating the Writings of Gwendolyn Brooks” (with Sandra Jackson-Opoku; Curbside Splendor, 2017), among others.

SARAH BETH CHILDERS
Sarah Beth Childers is the author of the essay collection “Shake Terribly the Earth: Stories from an Appalachian Family” (Ohio University Press, 2013). Her essays have appeared in Pank, Colorado Review, Quiddity, Guernica, Shenandoah, and elsewhere. Originally from Huntington, West Virginia, she now lives and writes in Stillwater, Oklahoma, where she teaches creative nonfiction in the MFA and PhD programs at Oklahoma State University and serves as the nonfiction editor of the Cimarron Review.