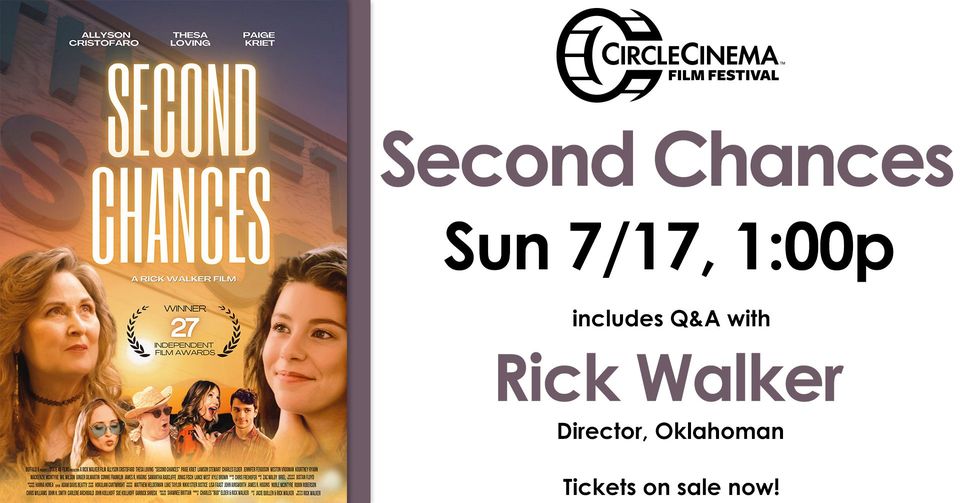 Circle Cinema Film Festival – Join us for a jam-packed weekend celebrating film, music, and art with an emphasis on independent Oklahoma films and filmmakers.
All-Access Festival Pass just $50
See all ten films for half the price! Festival Passes include admission to every Circle Cinema Film Festival program with priority seating at half the price of individual tickets. Pass holders must arrive 15 minutes before showtime, when unfilled reserved seats will be opened to the public.
Second Chances – Q&A with Oklahoma director Rick Walker
This charming romantic comedy was filmed entirely in Oklahoma. After discovering a torn up love note in an old handbag, a 21-year old thrift store worker covertly works to reunite a couple and rekindle a lost relationship
+ Google Calendar+ Add to iCalendar