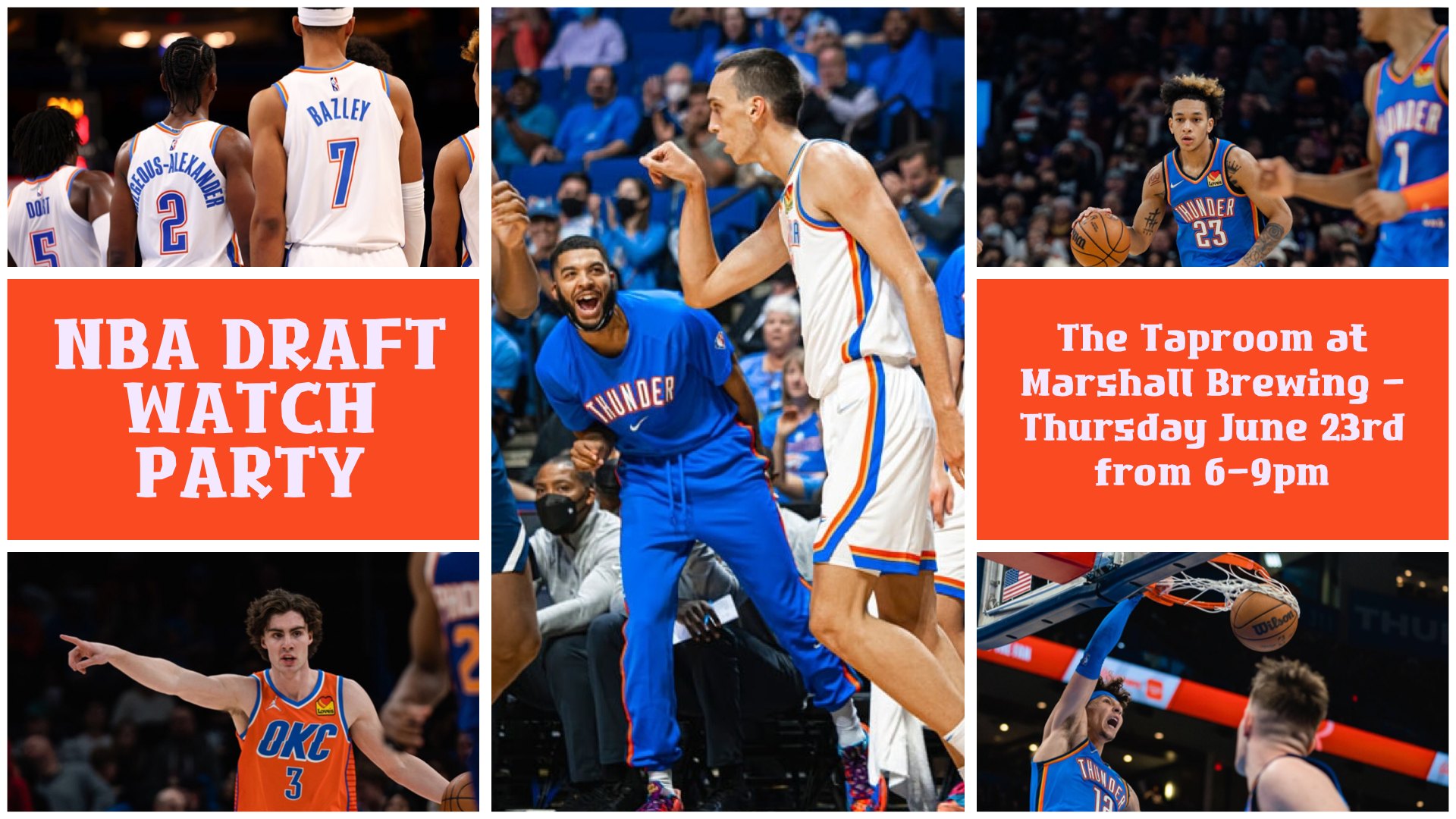 Attention Thunder Fans! OKC has the 2nd and 12th overall pick in the draft this year and we want to watch the first-round selections with you at the tap room!
In honor of the three most likely picks, we have prepared three special beers!
“Slow Train to Auburn”
We wanted to honor the South and infused our Slow Train IPA with Peaches! Smooth in flavor, just like his jump shot!
“BOLMGREN”
We took a light-bodied 5% beer and hit it with a huge burst of Blood Orange, making a beer so aggressive and bold you won’t mind if it’s a little “too light”.
“Blue Devil Porter”
In honor of his year with the Duke Blue Devils, we took our baltic porter and hit it with a burst of blueberry!
All three beers will go on tap when we open at 3pm!
We are also going to be hosting a contest to see who can predict the most draft picks using an app called “Mockout”! At the end of the first round, the entry with the most correct selections will win a prize pack featuring OKC Thunder and Marshall Brewing prizes!
Here’s how to play:
1) Visit www.Mockout.com and follow the links to download on iOS or Android (or find Mockout in your App Store)
2) Once you open the app, select “NBA” in the upper left corner.
3) Click “Create a Mock Draft” and select the 1 Round option, then “Create Mock”.
4) Fill out your selections, make trades, go wild! Then at the end hit “Create” to save and name your mock!
5) Click the link to join the “Marshall Brewing Company” group ->
6) You can make changes to your mock draft until the day of the draft!
+ Google Calendar+ Add to iCalendar