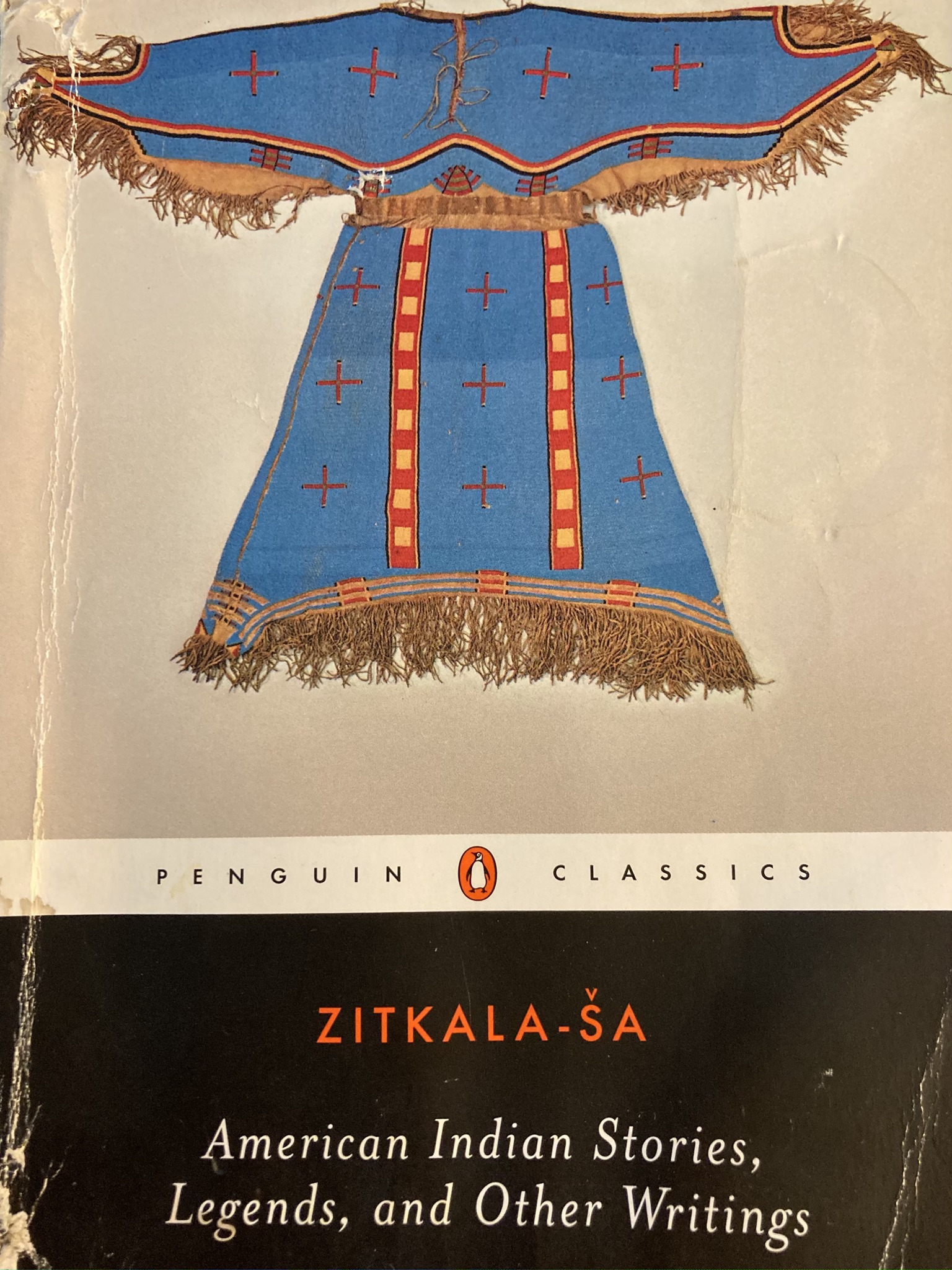 This month we’re celebrating the downward trend in COVID-19 numbers by reuniting in person, outside, at Heirloom Rustic Ales.
Many of you have joined us over Zoom over the last eighteen months, and we don’t want to lose you! We’re discussing alternating in-person and Zoom meetings to give folks options.
This month’s pick for Native American Literature book club is the anthology AMERICAN INDIAN STORIES, LEGENDS, AND OTHER WRITINGS, by Zitkala Sa.
Zitkala Sa (aka Gertrude Simmons Bonnin) was born on the Yankton Reservation in 1876. She was recruited to boarding school away from her home community at the age of 8. The school was White’s Manual Labor Institute, a Quaker missionary school in Wabash, Indiana. Though she was immediately excited about the opportunity, even from the moment the train pulled away from home, Sa realized that she regretted her decision to leave. Her years at the assimilationist boarding school were traumatic.
Sa’s life writing serves as one of the most important boarding school narratives of American literature. Sa documents a time of great change and disenfranchisement for tribes on the Plains who were experiencing the imposition of the reservation system during the late nineteenth century.
Sa would go on to become a teacher and writer, and her stories and essays trace her growing involvement in activism for education, citizenship for Native Americans, and her promotion of Dakota values. She was a founder of the National Council of American Indians and influenced policy makers at the federal level.
In this moment when our country is
launching a Federal Indian Boarding School initiative to investigate the abuses of this system, Sa’s writing offers a first-hand account of what life was like for young children who were separated from their families to become “Americanized,” an experience which Native families are still recovering from today.
Find your copy of Sa’s book at Whitty Books! Keep this one on your shelf.
+ Google Calendar+ Add to iCalendar