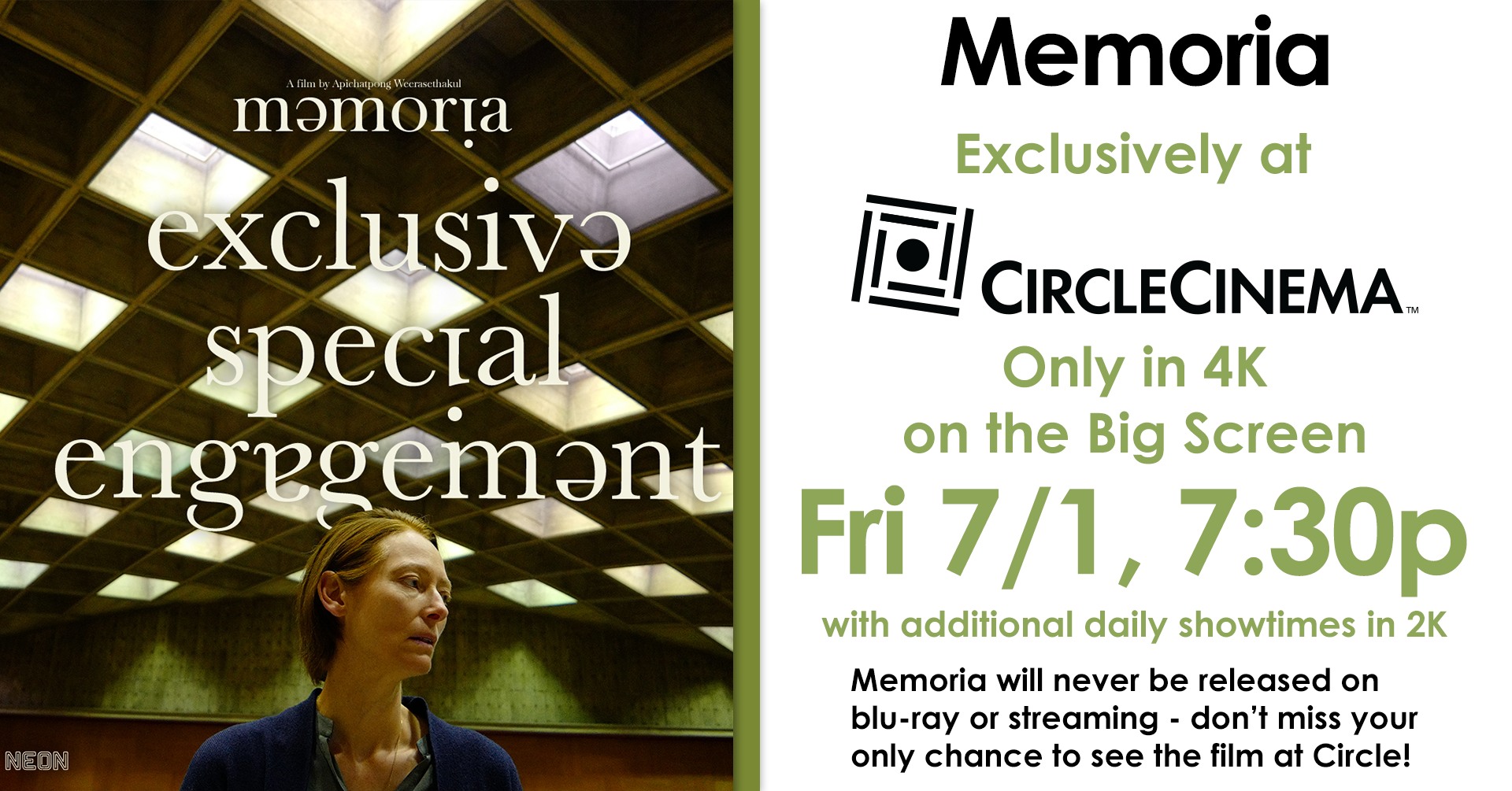 Exclusively in Tulsa at Circle – don’t miss
the only opportunity to see the film in 4K in Screen 1 on opening night Fri 7/1, 7:30p! Memoria will continue to play daily at Circle Cinema, with afternoon showtimes in screen 2 and evening showtimes in the Screening Room.
Memoria is unique in the changing film landscape. It will never be released on blu-ray or streaming, and will only show in theaters. The film is touring the country on a neverending road show, playing in a new city each week.
From the extraordinary mind of Palme D’or winning director Apichatpong Weerasethakul, and starring Academy Award winner Tilda Swinton, comes a bewildering drama about a Scottish woman, who, after hearing a loud ‘bang’ at daybreak, begins experiencing a mysterious sensory syndrome while traversing the jungles of Colombia.
+ Google Calendar+ Add to iCalendar