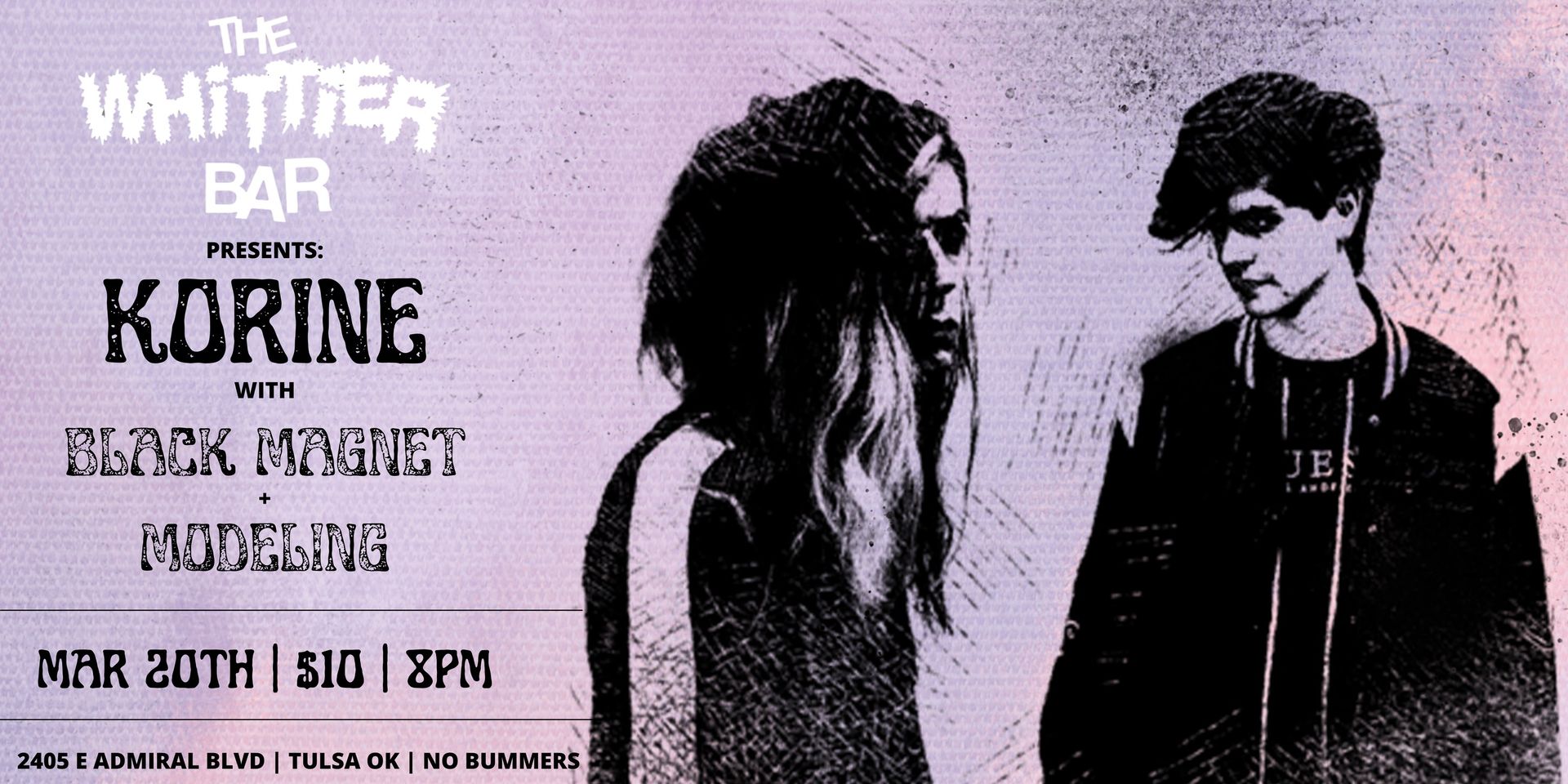 Korine is a Philadelphia based electronic pop duo comprised of members Morgy Ramone and Trey Frye. The pair blends new wave nostalgia with a modern pop
sensibility, contrasting upbeat rhythms against sullen, emotionally evocative lyrics. Following a self-released EP “Corsage” in 2017, Korine debuted their first full-length record “New Arrangements” in 2018 on Philadelphia label Born Losers Records which helped land the band multiple nationwide tours and two sold out vinyl pressings. Following this release were two acclaimed singles “Uncrossed” and “To You” which were specially released on a limited 7” vinyl in the Fall of 2019, and marked a stylistic evolution for the band – a departure from the familiar 80s era influence to incorporate a more contemporary pop awareness. Korine’s forthcoming September 2020 release “The Night We Raise” shows the band growing even further into their own, both the
songwriting and musicality more assured than ever, and will be released jointly by Born Losers Records (US) and Data Airlines (FR).
More on the Band:
Trey Frye and Morgy Ramone met in 2015 after moving to Philadelphia within the same month but from very different places. Ramone coming from Brooklyn after
residing there for 6 years and Frye from West Virginia where he was born. By chance the two were hired at a mutually loathed cafe in West Philly and there discovered several shared artistic interests and began working on music and photography
together. After a handful of demos and experiments “Korine” was formally introduced in late 2017 with a self-released EP “Corsage” and photo zine the pair created while shooting film during the song writing process.
More on the album:
The majority of “The Night We Raise” was composed between August 2019 and January 2020, apart from the tracks “Cold Heart” and “Cruel” which were adaptations from demos the band made in late 2018. Ramone and Frye approach creating music with a DIY mentality, staying self reliant throughout the entire songwriting, recording, producing, and mixing stages. All of their songs since the bands formation have been recorded in make shift studios across Frye’s last 4 apartments. Frye explains “We know what we want to sound like more than anyone else, so it works best for us this way. If we don’t know how to do something or make something sound the way we want we teach ourselves.” Ramone, the lyricist for the group says this about the band’s latest album: The night we raise is largely about anticipation, like seeing the top of a steep hill and envisioning yourself as you descend. Between the dark and dense are feelings of optimism, admiring things that are beautiful, and being true to yourself. There is freedom in knowing who you are and I think this album is a representation of that idea.”