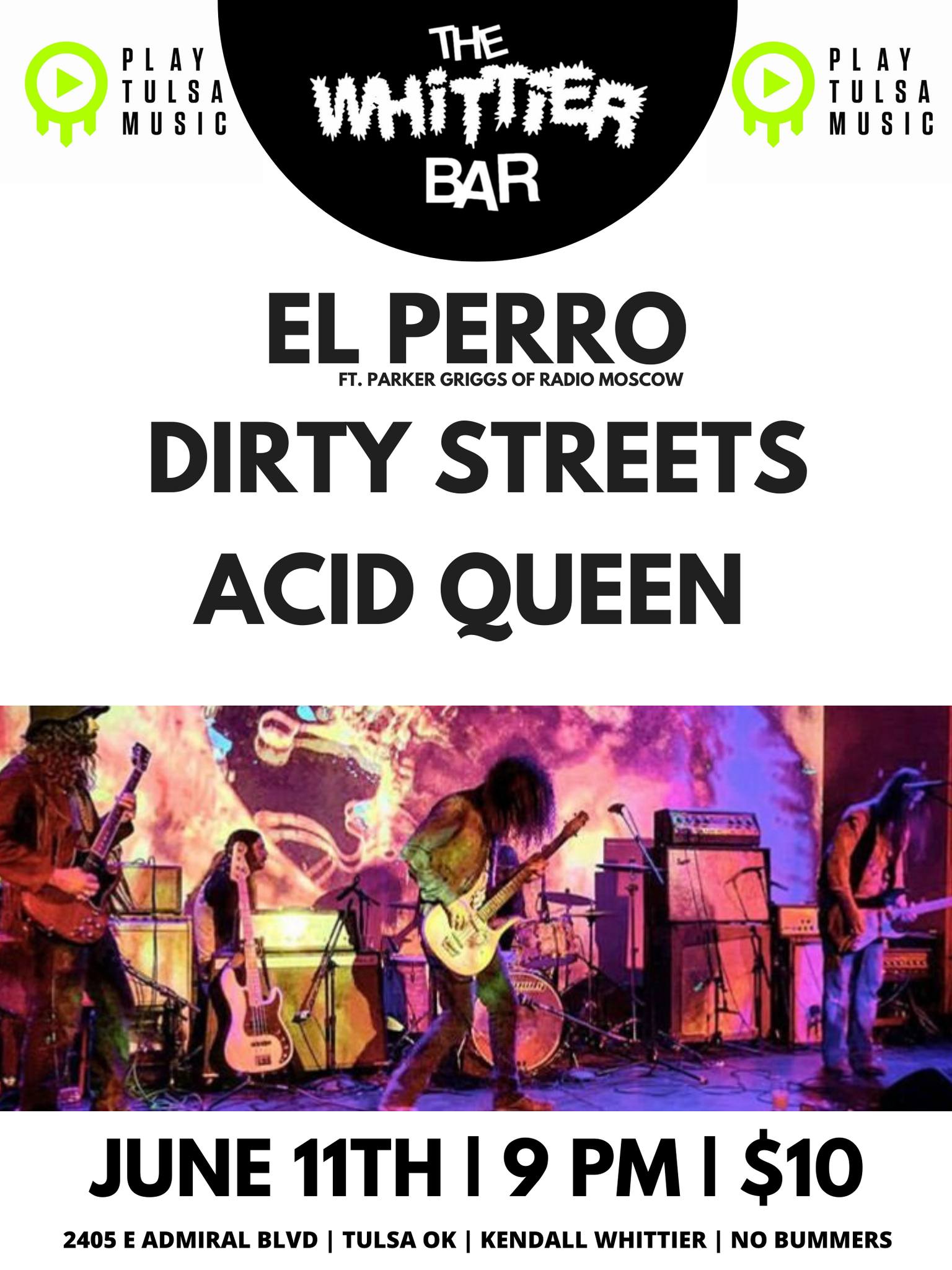 A brand-new band led by guitarist/vocalist/songwriter/producer Parker Griggs, El Perro contains elements fans of his band Radio Moscow will recognize, but with a new, fresh spin and feel. Whereas Radio Moscow is a power trio drawing from the traditions of heavy psychedelic rock, El Perro takes that starting point and adds the additional instrumentation of a second guitar and a percussionist, pushing the music into more syncopated territory, spiced with Latin rhythms and hints of Funkadelic-style grooves.
“About a year ago I started getting into some new sounds and influences and was hungry to do something fresh,” says Griggs. “I started laying down some new ideas and was recording it like a solo project. I really liked the new direction; it was heading in a different way than Radio Moscow and I wanted to bring it to life as a five-piece band and put it out there.”
Former Radio Moscow drummer Lonnie Blanton, who is based in Salt Lake City, was the first to join, bringing SLC bassist Shawn Davis along soon after. Griggs knew he wanted to have another guitarist on board to create the funky interweaving lines he was creating in his home recordings. Holland Redd came to mind as he’d played guitar in Petyr, who joined Radio Moscow for a tour of the USA in 2017. Add to this additional percussion, and the El Perro sound and style coalesced.
The band is touring through the Southwest and Midwest as their first single “Black Days” is release on the Alive label.
https://open.spotify.com/artist/3Y9wKuwj8yuwt1EhIUxGDG
https://www.youtube.com/watch?v=Zivlkr2o8o0
+ Google Calendar+ Add to iCalendar