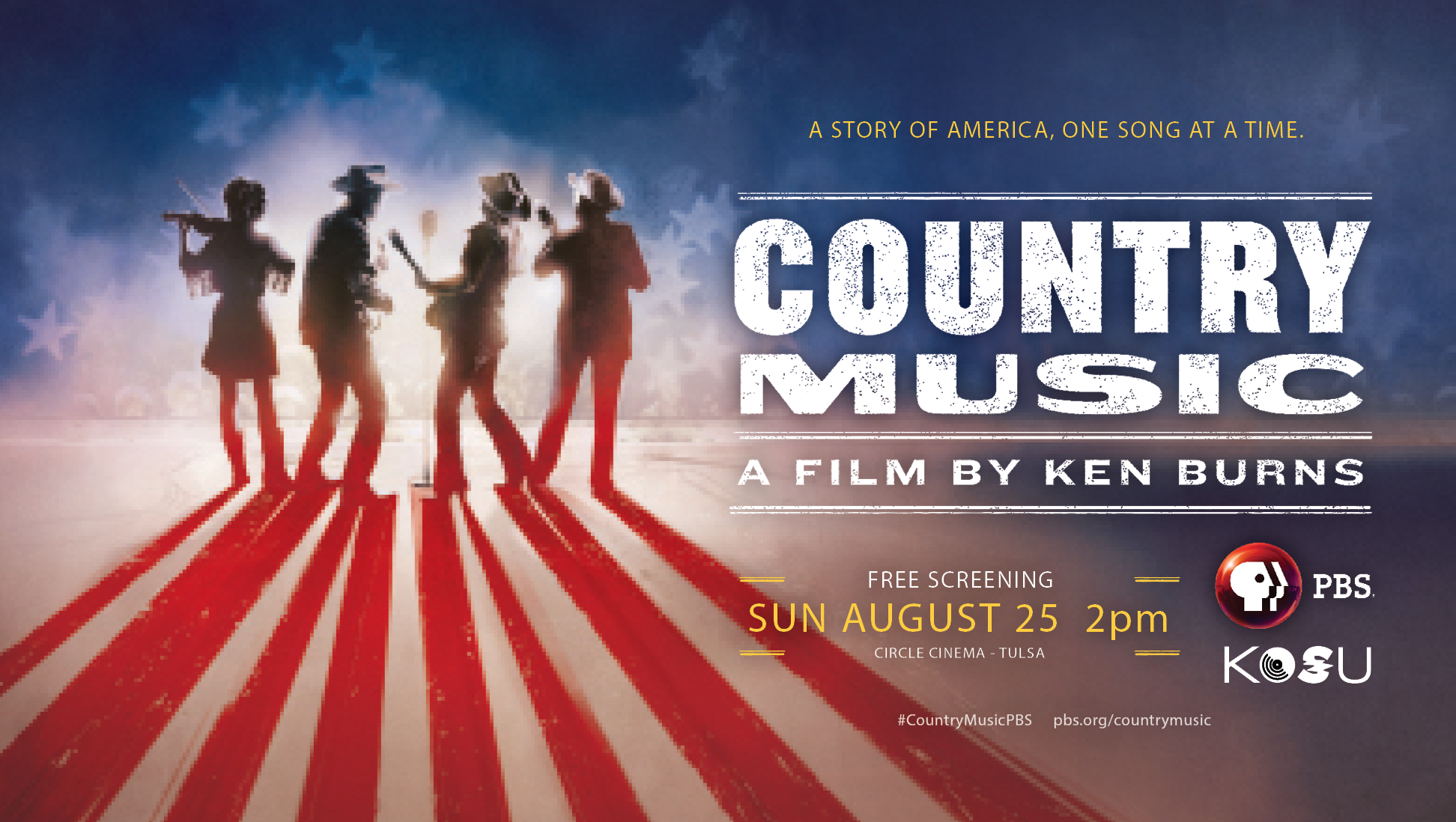 KOSU to hosts a screening of Ken Burns new documentary “Country Music” at Circle Cinema Sun, Aug 25 at 2:00, ahead of its premiere on PBS stations. This screening will provide an overview of the entire Country Music series, with a series of segments featuring stories about Hank Williams, Patsy Cline, Loretta Lynn, Vince Gill, Garth Brooks and more.

Country Music is an eight-part, 16-hour documentary series directed and produced by Ken Burns, that explores the history of a uniquely American art form. From its deep and tangled roots in ballads, blues and hymns performed in small settings, to its worldwide popularity, learn how country music evolved over the course of the 20th century, as it eventually emerged to become America’s music.

Country Music explores questions such as “What is country music?” and “Where did it come from?“ while focusing on the biographies of the fascinating characters who created and shaped it. From the Carter Family, Jimmie Rodgers and Bob Wills to Hank Williams, Patsy Cline, Johnny Cash, Merle Haggard, Loretta Lynn, Charley Pride, Willie Nelson, Dolly Parton, Emmylou Harris, Garth Brooks and many more, the documentary will explore stories as well as the times in which they lived. Much like the music itself, the series tells unforgettable stories of hardships and joys shared by everyday people.

Tickets are FREE and can be picked up at the Circle Cinema box office. Limit two per person. Music and mimosa at 1:00!