Coffee with Casii Live Stream “At the Movies”

Coffee with Casii Live Stream “At the Movies” 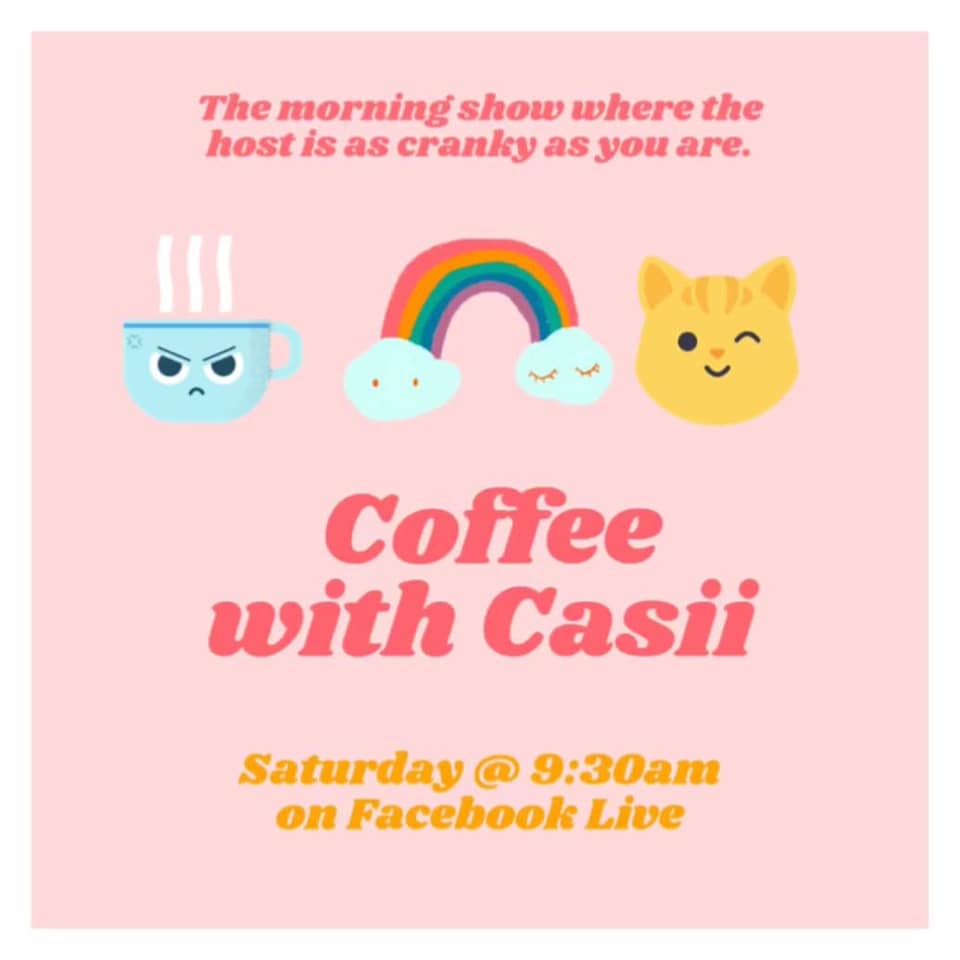 Casii Stephan and Circle Cinema are partnering this week for a special episode! We will be streaming from the movie theater and will have a special “movie soundtrack” portion of the set. Our special guest this week is Titus Jackson, a talented filmmaker and oncoming board member for Circle Cinema. As always there will be songs, banter, coffee, fake cats, but this week with a new location and backdrop!

A little background:
Casii Stephan is a MN born, Tulsa-based soulful singer-songwriter. Stephan has been compared to Florence Welch, Fiona Apple, and Carole King, as her vocal timbre possesses a full and warm quality. Her songs have received awards and nominations from the Independent Music Awards, Hollywood Music and Media Awards, and USA Songwriting Competition. She has represented Tulsa at official SXSW Showcases and co-founded Tulsa’s first female-driven music festival, MisFEST. Her most recent single, “Trapeze Artist” premiered on Billboard and she followed that release with a special performance at Philbrook Museum on March 6th. Since the pandemic, she has been live streaming weekly from her condo balcony. Her performance has evolved into a morning show complete with interviews, special guests, and banter with her roommate/manager, Amira.