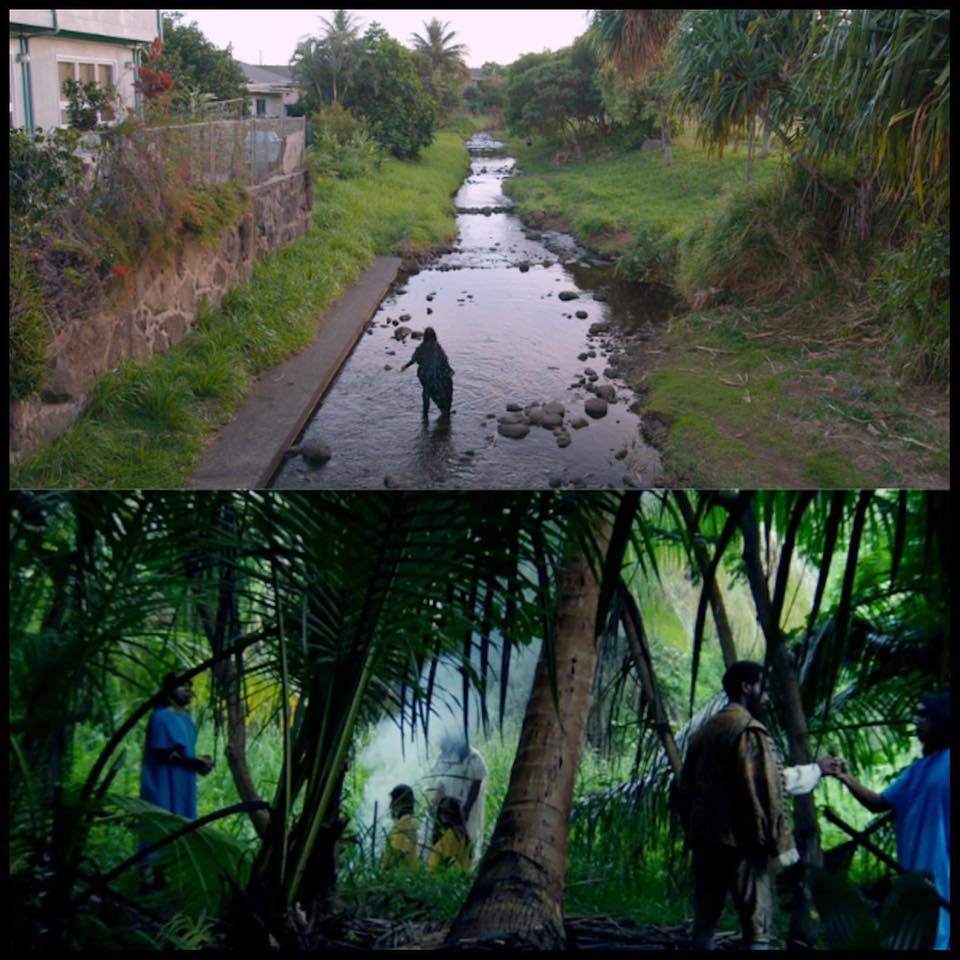 Film Screening
CINETELECHY VI
Presented by Tulsa Artist Fellows Atomic Culture and Blackhorse Lowe
Tuesday, December 6, 2022 | 7-9pm
Circle Cinema
10 S Lewis Ave, Tulsa, OK 74104
Tulsa Artist Fellowship programming is free and open to all
Cinetelechy is an ongoing film series started in 2019 by Atomic Culture and Blackhorse Lowe which takes place annually in Tulsa, Oklahoma. The series observes a distinct type of filmmaker, their motivation to re-examine and re-imagine narratives, the need for self-determination; having both a personal vision and the ability to actualize that vision from within. Each screening highlights a feature length film accompanied by film trailers, shorts, and video art highlighting indigenous, local, and emerging filmmakers.
//////////
Yootó hahoodzo (New Mexico) – WILLIAM FOWLER COLLINS – 3m18sec
A mist being traverses the new mexico landscape.
“Opening Scene” from the album Hallucinating Loss
Winyan Yamni: Three Dreams – SUZANNE KITE
An investigation of a possible Lakota filmic gaze, based on the dreaming methodologies of the Double Woman. The Double Woman or Winyan Nunpa design refers to a mythic and supernatural figure that inspires bead workers through dreams.
Ya Tseen – Back In That Time – RAVEN CHACON 2m15sec
“Back in That Time (feat. Qacung)” by Ya Tseen from their album ‘Indian Yard’
Metal Belt – BLACKHORSE LOWE / MATEO GALINDO 13m42sec
A Peyote Western set in 1860’s New Mexico territory. Metal Belt recounts a story about the American Indian slave trade in the southwest and one Navajo woman’s fight for freedom and her spiritual journey home.
Pō’ele Wai (As The Water Darkens) – TIARE RIBEAUX – 23min
Pō’ele Wai is a short film that follows a weaver who experiences a transformation when they realize their drinking water has been poisoned by petroleum leaking into O’ahu’s watersheds. It combines elements of magical realism, fantasy and horror within a poetic narrative structure.
Nosferasta: First Bite – ADAM KHALIL, Bayley Sweitzer with OBA- 33min
Spanning 500 years of colonial destruction, Nosferasta tells the story of Oba, a Rastafarian vampire, and Christopher Columbus, Oba’s original biter, as they spread the colonial infection throughout the “new world.”
//////////
Blackhorse Lowe is a filmmaker from the Navajo Nation. His current feature film, CHASING THE LIGHT, won the Best Cinematography prize at the Terres en Vues/Land InSights Montreal First Peoples Festival 2016. The film has played to great praise at many domestic and international film festivals such as imagineNATIVE Film + Media Arts Festival, Skabmagovat Film Festival and the Maoriland Film Festival. He is a 2012 Sundance Institute Native Producing Fellow. Lowe’s feature directorial debut 5th WORLD premiered at the 2005 Sundance Film Festival and screened at film festivals around the world. He received the New Mexico New Visions Contract Award and Panavision Award for a short film he wrote and directed titled SHIMÁSÁNI. The film premiered at the 2009 Tribeca Film Festival and went on to screen at the 2010 Sundance Film Festival, as well as other Festivals around the world garnering many awards and accolades along the way. A recipient of a Re:New Media Award, Lowe is an alumni of the Sundance Institute’s NativeLab, Producers Lab and Screenwriters Writers Lab. Currently, he is writing his next feature, producing short films, working as a cinematographer and editor on various other projects. He also collaborates with a group of local Native filmmakers. Lowe currently resides in Albuquerque, New Mexico.
Atomic Culture is a curatorial platform founded by Mateo and Malinda Galindo. Our mission is to collaborate with artists on site-specific projects that reimagine the outlook of our cities. They were curatorial artists in residence at the Loisaida Center in 2017. Their exhibitions include Ojalá at the Carlsbad Museum and Art Center (2018), Entre Irse y Quedarse at Galeria Merida in Merida (2017), Mexico, and Future Now/Futura Ahora at the Loisiada Center (2017), Turn on/Take Cover, Carlsbad Museum and Art Center (2016), Shapeshifting: Towards Being Seen, Tulsa Artist Fellowship (2019), Re_, reimagine.site (2020) Site specific projects include American Ledger No.2, a score by Raven Chacon (2019), Election Night variety show, State of the Artist: We’re Only Dreaming (2020), Storefront sign by Demian DinéYazhi’ Destroy the Myth (2020). Film Series Cinetelechy I, II, III. They have been guest lecturers at New School, Intro to Curating, and panelists in 2016 on Prefigurative Politics on the Eve of the Election at the Vera List Center. In 2019 they were invited to curate a booth at MECA art fair in San Juan, Puerto Rico. Atomic Culture is currently a 2022-2023 Tulsa Artist Fellowship Arts Integration Awardee.
//////////
VISITOR EXPERIENCE x CIRCLE CINEMA
Circle Cinema’s COVID-19 protocols have been approved by the Tulsa Health Department as meeting CDC guidelines and adhere to the National Association of Theater Owner’s CinemaSafe standards. Masks are optional (Effective Mon 3/7) – Tulsa County is now at “Low” risk of COVID spread (Click here for Tulsa Health Department data). Per current CDC guidelines, masks are now optional for fully vaccinated guests to wear while at Circle Cinema. Courtesy masks are still available at entrances guests who are not fully vaccinated or would like them based on personal preference. CDC recommends masks if you are not fully vaccinated, immunocompromised, or if you live with someone at high risk for illness.​ Air filtration systems have been upgraded to higher MERV rating standards in order to block smaller recirculating particulates. Circle Cinema also ask that you maintain social distancing with other guests when waiting in line or entering and exiting the theatres. Staff clean the lobby and theatres in between all shows, including all high touch-point areas. This theater is committed to meeting or exceeding all CDC, state and local regulations, as well as CinemaSafe expert-backed suggestions. When you see the CinemaSafe badge you can rest assured your cinema is doing everything possible to make your return to the movies safe & healthy! For additional information, visit circlecinema.org/visit-us.
With the belief that arts are critical to the advancement of cultural citizenship, Tulsa Artist Fellowship supports artists and arts workers in the heart of Oklahoma’s Green Country. Socially invested artistic practitioners live and work here, intentionally engaging with our city. Tulsa Artist Fellowship is a George Kaiser Family Foundation (GKFF) cultural initiative