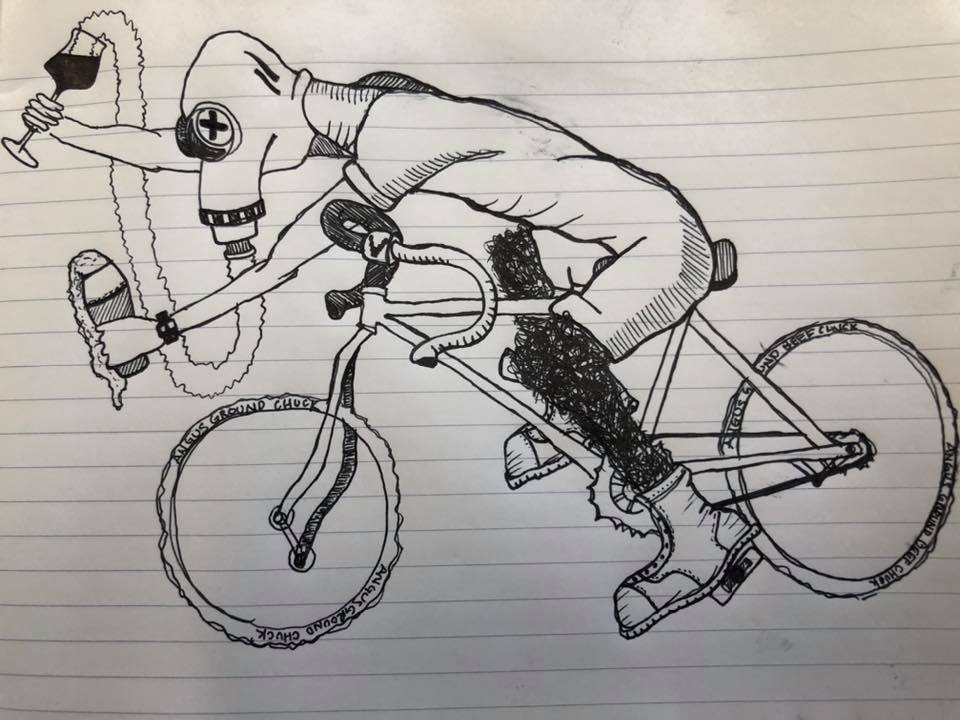 We’ve celebrated Beaujolais Day every year that we’ve been open. There’s a reason for that. A lot of our inspiration for fermentation comes from this small region. Whether it’s from the cavalier and rambunctious Nouveaus or the elegant and complex Morgons, we love the commitment to maintaining both playful and meaningful products that we all can afford and enjoy.
Beaujolais is both the name of the place and the wine made there from the gamay grape. A tiny region in eastern France with around 400 small farmers, its residents are known as hardworking and unpretentious. Jokingly called the only white wine that happens to be red, Beaujolais is expressive, fresh, and thirst-quenching. Its flavors are unmistakable: black cherry, black raspberry, hints of peaches, violets, and roses, often with a peppery finish. And, because gamay is naturally low in tannin, its already profuse fruitiness seems even more dramatic.
While almost half of Beaujolais is produced from blends and has all the characteristics described above, Beaujolais Nouveau is all these things turned up to eleven. Around the 1950s, the region’s farmers began bottling their wines not even two months after crush. While the wine lacked maturity, it was the perfect guzzler for celebrating the end of an exhausting harvest season; a must in the only region besides Champagne where hand harvesting is mandatory.
As time went on, the anticipation and excitement for the first wine release of the year grew and soon distributors began competing each year by racing to get their wines to Paris wine shops and restaurants first. This quickly evolved into delivery races on bicycle, rickshaw, motorcycle, and even elephants! Soon, tradition became law and the French government designated the third Thursday of November as official Beaujolais Nouveau Day. It’s no wonder the love of nouveau travelled outside of France and now people all over the world look forward to celebrating this simple but delicious wine.
To highlight Beaujolais Nouveau and showcase the region in a broader sense, we are putting together an $18 flight of 4 wines, 3 of which come from Maison Passot.
Maison Passot is a small 11-hectare family property spread over four crus in Beaujolais. Owners Dominique, Rémy and now sons, Simon and Felix, continue the family tradition, going back generations. The family tends 21 plots following the tenants of la lutte raisonnée.
•Maison Passot ‘Coup d’Bulles’ Sparkling Gamay
This demi-sec sparking Rosé Aromatique is from 45-year-old vines across the appellation and follows an ancestral method of winemaking (spontaneous fermentation), leaving a bit of sugar and bottling. Hand harvested grapes that are pressed immediately and fermented until the residual sugar reaches 50-60g. The wine is then cooled to 5°, stabilized and bottled.
•2017 Maison Passot, Regnie
Régnié – only one square mile in size – is situated in the bottom of the Brouilly hill, known for its pink granite soil with high mineral content. This bottle is sourced from the family’s vines within Régnié—which enjoy prime southeastern exposure and average 40 years of age that grow on gravely granite with some clay.
•2017 Maison Pasot ‘Porquoi Pas?’,
Morgon
Morgon is the second largest Cru (after Brouilly) spanning 4.5 square miles and comprised of six named vineyards on three bands facing south, southeast and northwest. Passot works with vineyards oriented Southeast in the Douby climat which has clay/sand soils from decomposed granite based soils known as terre pourrie or “rotten earth” – average vine age is 46 years.
•2020 Bouchard Aine & Fils Beaujolais Nouveau
Our good pal, @CodyBrewer, will be bringing his banjo and a couple of other buds to lay down some beautiful twang on all kinds of strings. They will be playing from 5-7 PM.
Wood fire pizza lords, @danteswoodfire, will be slinging pies from 3 till sold out. This will be the first time they’ve made

this month, so don’t miss your chance to bubble crust and San Marzanos into the nether.
+ Google Calendar+ iCal Export