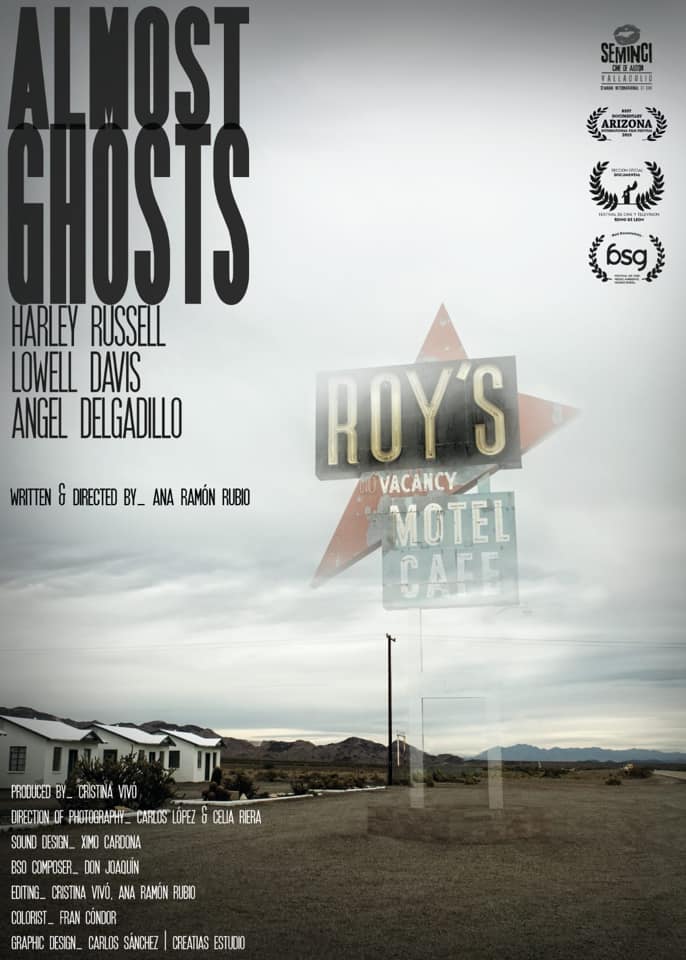 “Almost Ghosts” is a 2019 documentary film shot on the legendary Route 66 and starring three men who have fought to maintain their essence when the highways and interstate roads began to displace the old Mother Road. Filmmakers are Ana Ramon Rubio, writer-director, and Cristina Vivo, producer, both from Spain.

Post film panel will be Michael Wallis, co-founder of the Route 66 Alliance, author of the book “Route 66, The Mother Road,” and the Sheriff of Radiator Springs from the film “Cars”; Ken Busby, Executive Director, Route 66 Alliance; and Rhys Martin, President, Oklahoma Route 66 Association, who says:
“The film is a beautifully crafted love letter to Route 66 and three people along the highway that make it what it is today: Angel Delgadillo (Arizona), Lowell Davis (Missouri), and Harley Russell (Oklahoma). Although most of the film is focused on how the road impacted these three men (both in the so-called heyday and when it was bypassed) the latter portion talks about the rebirth of the road and the unique experience it represents today.”