The Invincible Czars: The Cabinet of Dr. Caligari (1920) at Circle Cinema 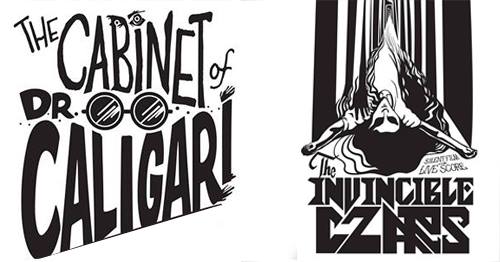 In celebration of the 100th anniversary of the German silent film The Cabinet of Dr. Caligari (1920 F.W. Murnau), Austin’s most adventurous band, The Invincible Czars, have created their own tastefully modern score for the picture. As part of their 2019-2020 season, they will perform the music live with the movie in US cities in the South, Midwest and Mid-Atlantic this fall.

Dr. Calilgari is one of the silent era’s most beloved and enigmatic works. It considered by many to be the first German Expressionist film and the first great motion picture in the horror genre. It is the first movie to incorporate surrealistic production in such and all-encompassing way with quirky sets, angular shadows, and creepy makeup.

LATE POLICY: You may not enter a movie after it has started. If you show up to your desired screening late, we will happily exchange your ticket for a different showtime or for a raincheck to a future show.