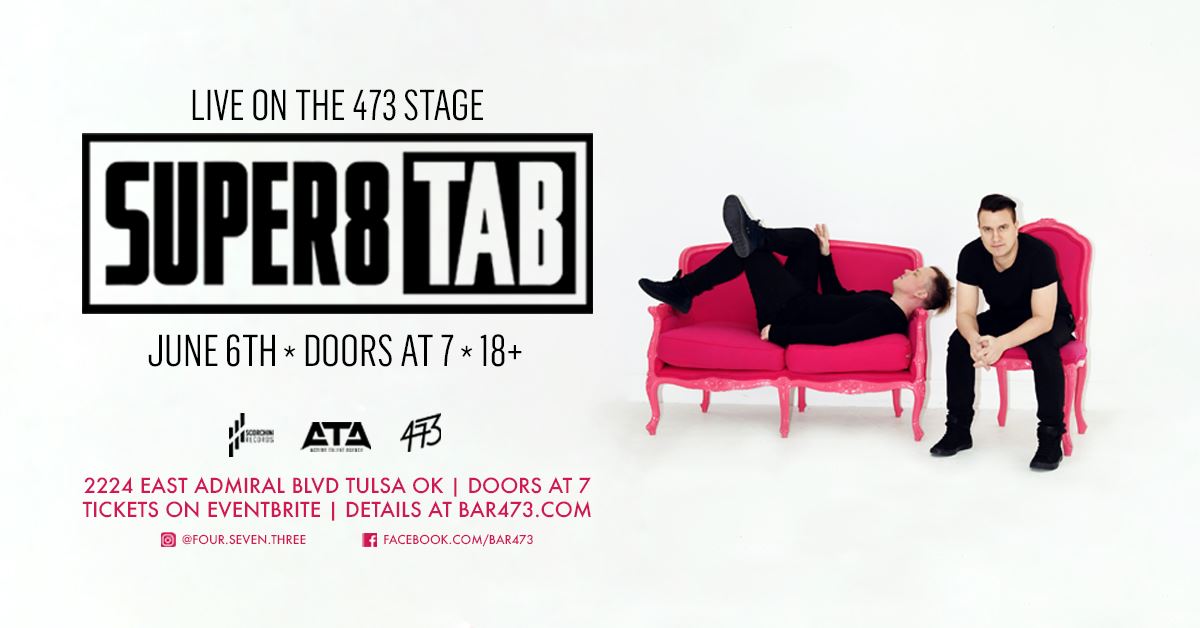 Super8 & Tab have proved time and time again they’re scene leaders who are taking their in-demand sounds into the future. The Finnish duo’s groundbreaking 2006 debut ‘Helsinki Scorchin’ helped kickstart the ‘Hybrid Trance’ revolution and was the foundation for a decade of releases on the Anjunabeats label.

In 2016 they transitioned onto the powerhouse Armada label where they’ve once again left their mark on the electronic dance music scene, initially with a flurry of hit singles such as ‘Mega’, ‘Cosmo’ and ‘Quest’ in the run up to their critically acclaimed third artist album in 2018 titled ‘Reformation’ and now in 2019 their ‘Past, Present & Future’ compilation concept.

Always with an eye to the future, Janne Mansnerus and Miika Eloranta remain unparalleled in creating euphoric dancefloor experiences – whether this comes via one of their high-energy DJ sets at leading events and festivals around the world, or within the four walls of their Helsinki studio.

“‘Reformation’ was about keeping that forward momentum going” Janne says. “We tried to break old habits, bring new elements to the music and how we work in the studio. We have a new label and a lot of new people working on our team which creates a whole new vibe.”

To date the ‘Reformation’ album has clocked up well over 12 million plays Spotify and spawned numerous hit singles, ranging from crossover vocal anthems such as ‘True Love’, ‘Seconds Away’ and ‘Burn’ through to underground dancefloor destroyers like ‘Pressure’ and their ‘Noom’ collaboration with Cosmic Gate.

Both their previous artist albums on Anjunabeats, ‘Empire’ and ‘Unified’, saw Janne and Miika pushing sonic boundaries too, with hit singles like ‘Irufushi’, ‘Black Is The New Yellow’, ‘Let Go’ and ‘No Frontiers’ reaching legendary status amongst producer peers and clubbers alike. Throughout it all, Janne and Miika have won their loyal fanbase by continuously pushing their sound forward, while staying true to their roots.

Super8 & Tab allowed themselves a partial retrospective look at their illustrious career to date in their ‘Past, Present & Future’ compilation this year. The concept proved a massive hit with fans as evident by the extensive ‘Past, Present & Future’ branded club shows across Europe, North America and Asia. Miika described the thinking behind the album as follows:

“Whenever we play out in the clubs or at festivals, fans always ask us to play tracks from across our whole back catalogue, not just the latest hits. With ‘Past, Present & Future’ we’re taking our fans on a deep journey, with originals from years ago, our own remixed versions of some of those tracks, singles that are on release right now and also new music that people won’t have heard yet.”

As a DJ duo Super8 & Tab have been gracing some of the biggest stages on the planet; festival plays at Armin van Buuren’s ASOT events, Tomorrowland, Transmission, Airbeat One and Luminosity, plus legendary club brands the world over such as Ministry Of Sound London, Hï Ibiza, Zouk Singapore and Kuala Lumpur, Avalon LA and many more besides, including special Open To Close and Dolby Atmos sets at selected venues worldwide.

Always pushing musical boundaries and striving for new goals, the next chapter in the Super8 & Tab story is never far away and you can be sure it will be an exciting journey ahead.